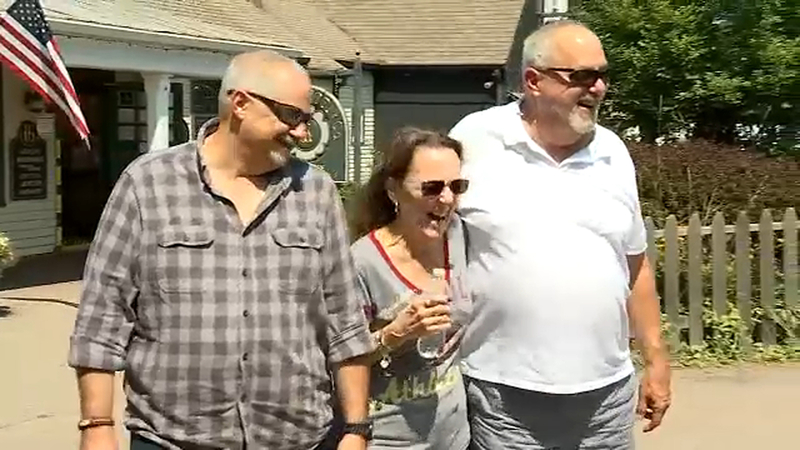 MYSTIC, Connecticut (WABC) -- Two brothers from Connecticut spent decades looking for their sister who was given up for adoption.

Doug and Paul Barnes never gave up their mission to find their big sister, Janet Pollock.

Their mother, who passed away five years ago, was only 17 when she gave birth to a baby girl in 1951 and put her up for adoption.

This past Christmas the brothers got an ancestry DNA kit and it turns out their sister, who was living in Florida, did too.

"I was reluctant because I wouldn't know what I would find," said Janet. "I went in and I looked and Janet was at the top," Doug said.

Now the siblings have met for the first time.

"I finally found the courage to make the step and I'm so grateful I did," Janet said.

After decades of being apart, the three say they have a lot of catching up to do. They already have plans to spend Christmas together.