MIDDLE VILLAGE, Queens (WABC) -- Two men from New York City were due in court Wednesday, one accused of threatening to send an armed caravan to the Capitol and the other who allegedly participated in the riot.

Eduard Florea was arrested in Middle Village, Queens, Tuesday night and is charged with being a convicted felon in possession of ammunition.

A federal judge denied releasing Florea, agreeing with federal prosecutors that Florea posed a significant danger to the community and is a flight risk.

"It appears during the day of the January 6, when events were unfolding, Mr. Florea continued to post and make clear a premeditated plan to exact violence against people in New York and people in Washington against United States senators," Judge Sanket Bulsara said.

Officials say that while thousands were laying siege to the Capitol, Florea wrote on his since deleted Parler account, "Let's go! I will be reaching out to patriots in our area so we can come up with a game plan. Here in NY we are target rich. Dead men cant pass (expletive) laws. I will fight so help me God."

In a separate post, he wrote, "The time of peace and civilities are over. Three cars fill of armed patriots are en route from NY. Guns cleaned and loaded. Got a bunch of guys ready to deploy. We are just waiting for your order."

He also allegedly made threats against Georgia Senator-elect Raphael Warnock in the early morning of January 6, and the night before posted, "If I catch one of you (expletive) in DC tomorrow, definitely slashing a (expletive) throat, I promise you."

Florea was arrested in 2014 at his then Staten Island home for possession of a .50-caliber Colt AR-15, as well as hundreds of rounds of ammunition. He was in possession of 13 weapons, ranging from air pistols to a semiautomatic shotgun, at the time.

Also in 2014, he was also accused of choking his wife, with their 19-month-old daughter on her lap, and menacing both with a knife.

Meanwhile, the Metro-North employee who was spotted at the Capitol appeared before a judge after being arrested by the FBI.

Will Pepe, 31, was previously suspended without pay after colleagues recognized him in a photo released by authorities from the riots. 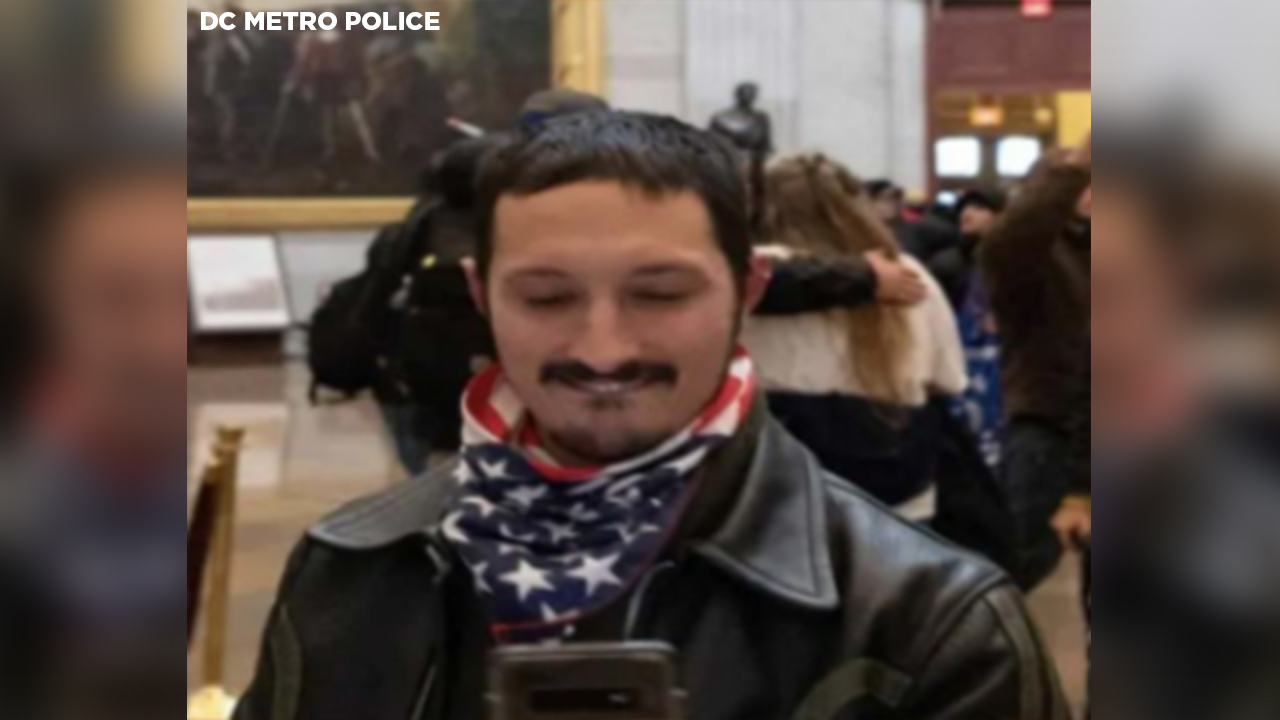 He was charged with unlawful entry and disorderly conduct, and he will be released on $10,000 bond and me must surrender his shotgun and hunting knives.

Additionally, he is barred from traveling to the District of Columbia "for any reason whatsoever." He must also submit to GPS monitoring, surrender his passport, and observe a curfew from 10 p.m. to 6 a.m.

"The allegations are that Mr. Pepe traveled from this area of the Southern District of New York to the District of Columbia and was part of the group of individuals that entered the Capitol building," Assistant U.S. Attorney Benjamin Gianforti said. "On the basis of that event, Mr. Pepe has either been suspended from or lost his job, so the curfew wouldn't curtail his employment at all."

HIs next court appearance, which will be virtual, was scheduled for January 22.

The MTA says Pepe called out sick last Wednesday to go to Washington.

Other local arrestsinclude Aaron Mostofsky, the son of a Brooklyn Supreme Court judge, who was released on bond after he was charged with theft of property and unlawful entry.

Thomas Baranyi, a 28-year-old from Ewing, NJ, was arrested by federal authorities Tuesday and charged with disorderly conduct. Federal prosecutors cited a television interview where Baranyi acknowledged he was in the Capitol and saw a 35-year-old year woman fatally shot.

He still had her blood on his hands when he conducted the interview.