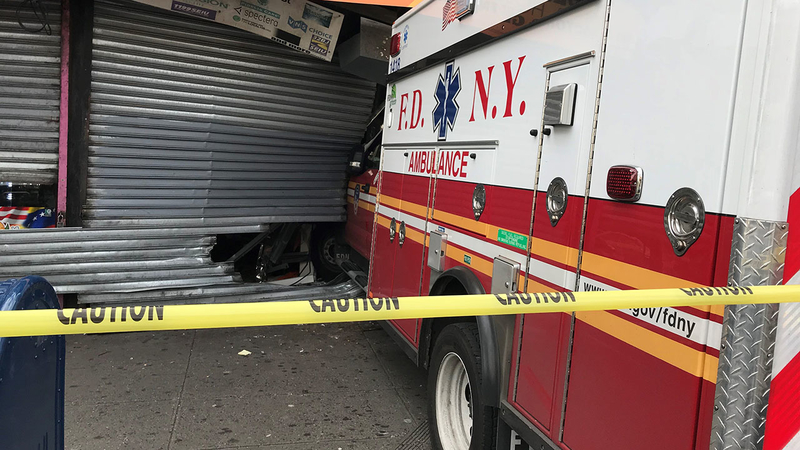 THE BRONX, New York City (WABC) -- Three people were injured in an accident involving an FDNY ambulance in the Bronx that was on the way to a call. That ambulance then slammed into an optical store.

An FDNY official said it happened around 7:30 a.m. on East Fordham Road at Elm Place. The ambulance collided with a Honda Civic before careening into the store.

An occupant of the Civic and two FDNY personnel suffered unknown injuries.

No pedestrians were injured.

The manager of the store said he was devastated by the damage, but he told Eyewitness News the store was insured.