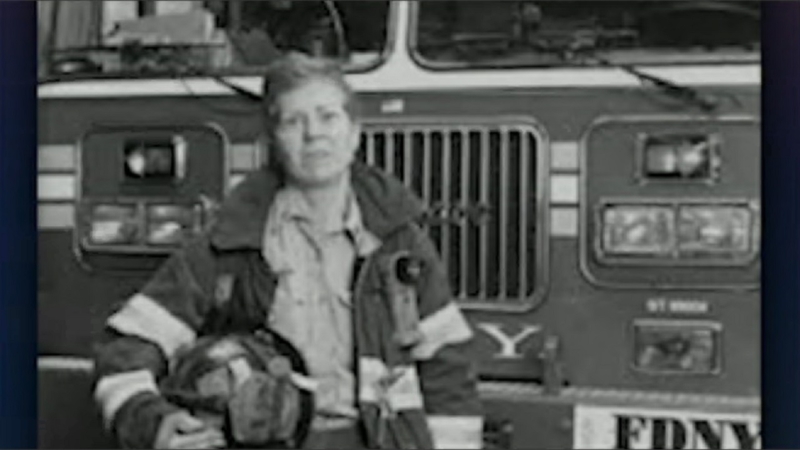 NEW YORK (WABC) -- In honor of Women's History Month, Eyewitness News reporter Kristin Thorne spoke with the woman who made it possible for women to join the FDNY. Brenda Berkman was on a mission then and still is to make sure women are recognized for what they have done and can do.

"I don't think we're at the point yet as a society, as a world, where we truly listen to and respect women's voices," Berkman said.

Eyewitness News met with Berkman at the site of the Women's Rights Pioneers Monument in Central Park - a monument that Berkman helped become a reality.

The monument of Sojourner Truth, Susan B. Anthony and Elizabeth Cady Stanton is the first and only monument to women in Central Park. It was unveiled in August 2020 on the 100th anniversary of the 19th Amendment, which gave women the right to vote.

Berkman recounted how in 1978 she brought a federal lawsuit against the City of New York to make the physical portion of the FDNY Academy entrance exam more related to the job functions of a firefighter.

Berkman won the lawsuit, which paved the way for herself and 40 other women to enter the FDNY Academy in 1982.

"There were a lot of problems in those days - death threats, tampering with protective gear," Berkman said.

In 1982, Berkman also created a group for women in the FDNY - United Women Firefighters. The organization is still active today.

Berkman also works with a group called Monumental Women, which is seeking to write women back into New York City's history. Members of the group are documenting all the places in the city where influential women lived or did something historic and are encouraging the city to erect tributes at those locations.