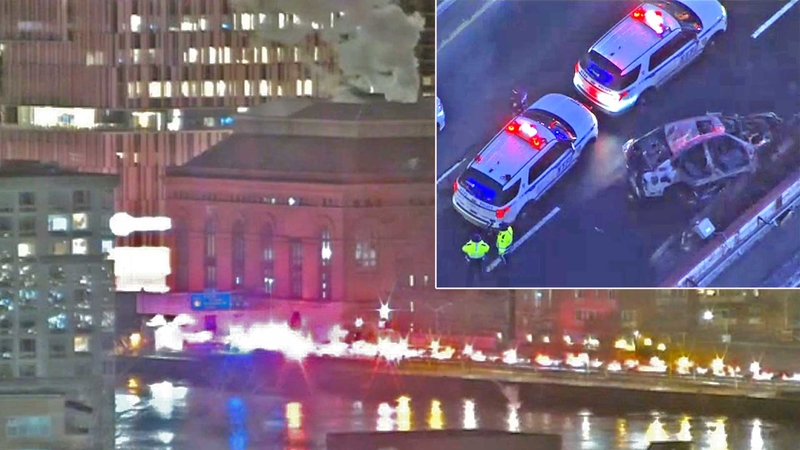 UPPER EAST SIDE, Manhattan (WABC) -- Two passengers killed when an apparently speeding car crashed on the FDR Drive on the Upper East Side have been identified along with the driver, who now faces charges.

Police say 33- year old Daquan Allen lost control of his car and slammed into a concrete barrier at 4:41 a.m. Friday.

The vehicle burst into flames after the crash.

Allen was able to escape, but 35-year-old Kesha Montez and 29-year-old Mahogany Robinson were trapped and pronounced dead.

He was being treated while in police custody.

Detectives are investigating if he was speeding.

All but one northbound lane of FDR Drive were closed at 61st Street for hours as police investigated.
All lanes were back open by 11 a.m.