Fiona the hippo celebrates 1st birthday with cake of fruit 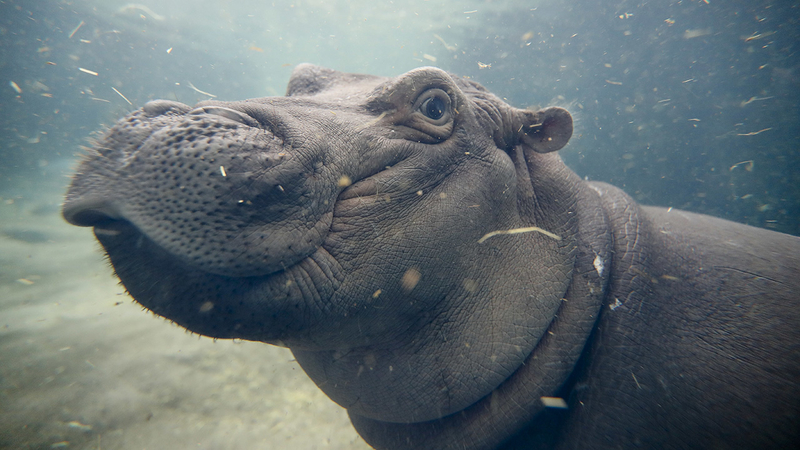 Fiona the hippo celebrates 1st birthday with cake of fruit

Fiona the hippo bid farewell to her first year with a number-one-shaped cake made of fruit. The treat featured Fiona's name carved out of watermelon, and the hippo shared it with her mother.

Fiona was born six weeks premature on Jan. 24, 2017, weighing only 29 pounds. She's now nearing 700 pounds and is expected to double in size over the next year.

Zoo staffers are working with Fiona on her transition toward more-typical zoo behavior, with training on responding to verbal cues and receiving grown-up health care from staffers aware that hippos can become aggressive and dangerous. Her bottle-feeding ended a few weeks ago.

"We're treating her more like a full-time hippo and less like a part-time hippo, part-time human," Christina Gorsuch, the zoo's mammals curator, told the Associated Press. "But she'll still be her adorable self."

Over the past year, Fiona's popularity on social media has grown exponentially. Videos posted to the Cincinnati Zoo's Facebook page received 8.85 million views in 2016, but they received more than 140 million views during Fiona's first 49 weeks. The Fiona Show is nearing 400,000 followers on Facebook.

Fiona the hippo got to bond with both parents together for the first time.