WABC
BROOKLYN (WABC) -- First, it was the constant wail of ambulance sirens carrying coronavirus victims to the hospital. Then, New Yorkers learned to live with the sounds of police helicopters hovering over street demonstrations.

Now, people in the city that never sleeps have a new audio accompaniment to their surreal spring: Booming, amateur fireworks displays that start at sundown and continue deep into the night.

Illicit bursts of fireworks from street corners and rooftops aren't uncommon in the city's neighborhoods in the days before the Fourth of July, but the past few weeks has seen an extraordinary surge in such displays.

In neighborhoods around Prospect Park and Crown Heights, residents say they are becoming a major nuisance.

"On the weekdays and after midnight, you can actually hear it, they just go off now about this time throughout the rest of the night," said Crown Hill resident Jackie Padilla.

"You would think that we're at war," said Brownsville resident Harvell Livingston.

While illegal fireworks have always been a part of the soundtrack around the Fourth of July, lately they have been lighting up social media all around the city -- with examples of living rooms lit up like daylight to petrified pets.

"You got these boom, boom, booms at 12 at night," said a Washington Heights resident. "I know that from everyone that I have talked to that it just has to stop."

There have already been more than 1,300 fireworks-related complaints to the city's noise complaint hotline through the first half of the month, including 455 on Sunday. Usually, there are just a few dozen such complaints during that time period.

The police say they have made 26 arrests since the first of the year.

In Brooklyn, a sharp divide has opened between residents aggravated by the noise and threatening to call authorities and others who cautioning that could lead to the type of dangerous police action they've just spent weeks protesting against.

An NYPD spokesperson stressed that fireworks are illegal in New York City and urged people to report violations involving them. Brooklyn resident Brittany Sturrett hasn't done that, though she said the noise is a nuisance.

"They are a block from my house," she said. "I see them from my window and it freaks out my dog."

"There are ways to handle it with community groups," Adams said. "Cure violence going in and educate people about the dangers of fireworks. There's other ways to think about these nonviolent encounters with people."

Brooklyn has been the center of some of the nation's largest demonstrations following the death of George Floyd, a black man who died after a white Minneapolis police officer pressed a knee to his neck.

Maybe, some Brooklynites figure, the pyrotechnics are a show of support for the protesters.

Perhaps they're a way to blow off steam - and plenty of smoke - after being stuck at home all spring because of the coronavirus.

Whatever it is, it's loud. 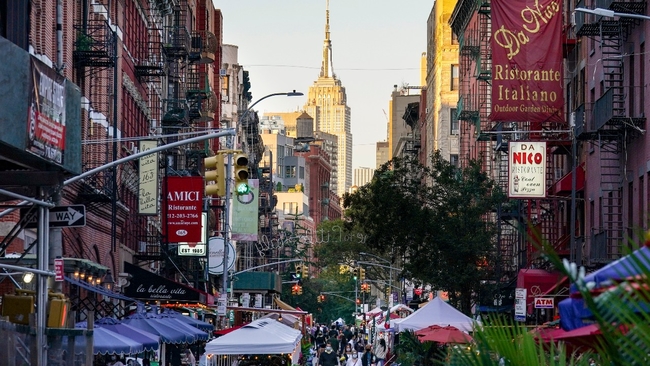