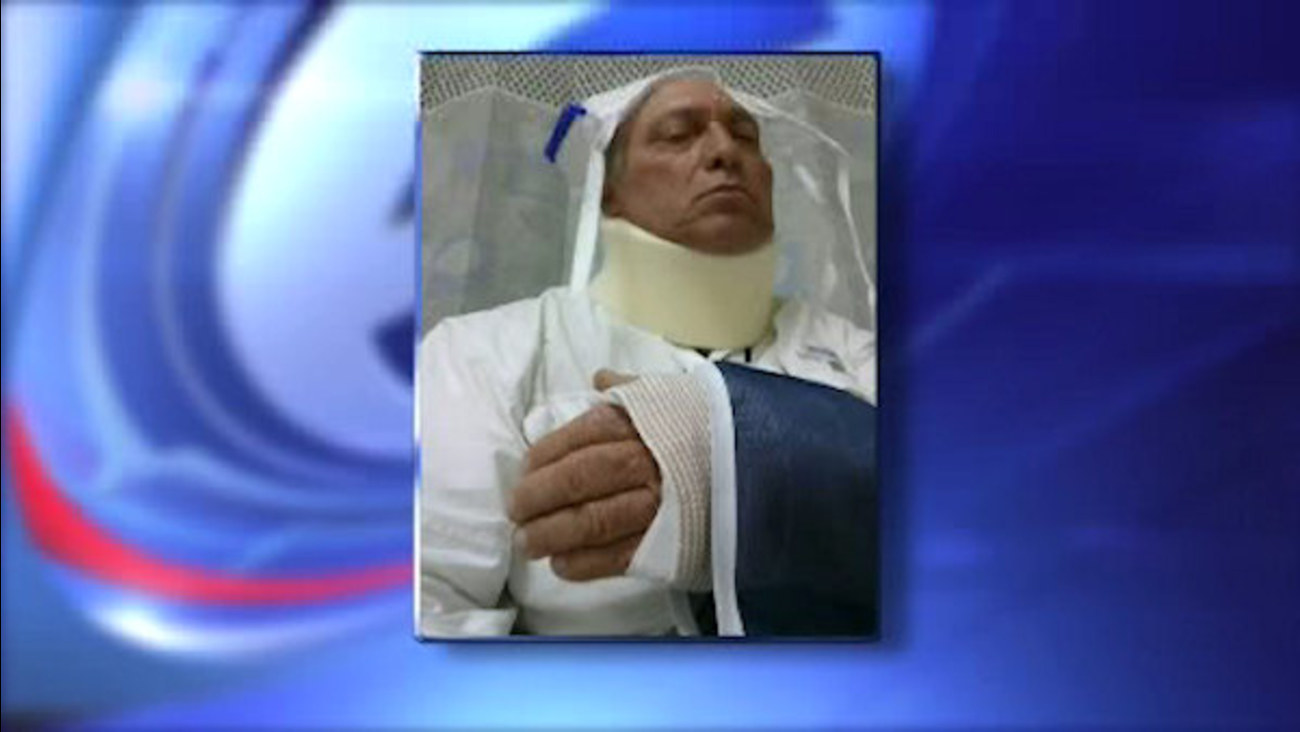 ASBURY PARK, N.J. (WABC) -- Police are searching for suspects in an unprovoked attack on a fisherman from New Jersey.

Deal police responded Sunday to Edgemont Drive in the village of Loch Arbour for a reported assault.

When they arrived, officers met with a 66 year old Asbury Park resident who said that he was sitting in his vehicle upon returning from fishing on the beach when he was approached by three white males and a white female in their 20's.

They began banging on his vehicle and when he exited the vehicle he was assaulted by one of the subjects.

The man told police that he was punched in the side of the head and knocked to the ground at which point the attacker jumped on top of him and began punching him repeatedly.

During the attack several vehicles drove past and eventually one stopped, causing the suspects to stop and flee the scene.

The victim was transported to Monmouth Medical Center with a fractured arm, cuts, and bruises to his head.

Anyone with information is asked to contact Deal Detective Daniel Kobil at 732-531-1113.