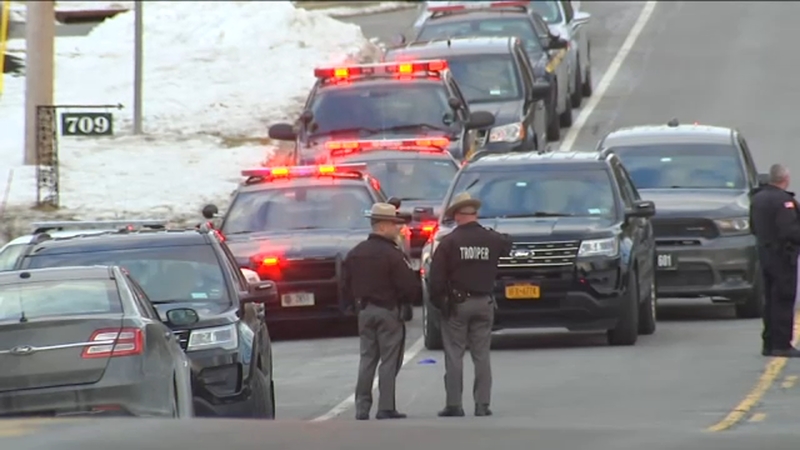 It happened Sunday afternoon at an apartment complex in Fishkill.

Police were called to The Views at Rocky Glenn for a domestic dispute and became involved in a confrontation with a man armed with a knife.

Michael Becerril, 29, ignored officers' commands to drop a knife, so they deployed a Taser, which was not effective.

The preliminary investigation determined Becerril was shot while he physically fought with the officers trying to take him into custody.

Chassity Wade, age 30, was also shot during the incident, and appears to have been attempting to stop the confrontation and disarm Becerril.

Becerril was airlifted to Westchester Medical Center in critical condition. Wade was transported to Montefiore St. Luke's Hospital and was said to be stable.

Officials are asking any potential witnesses to come forward.