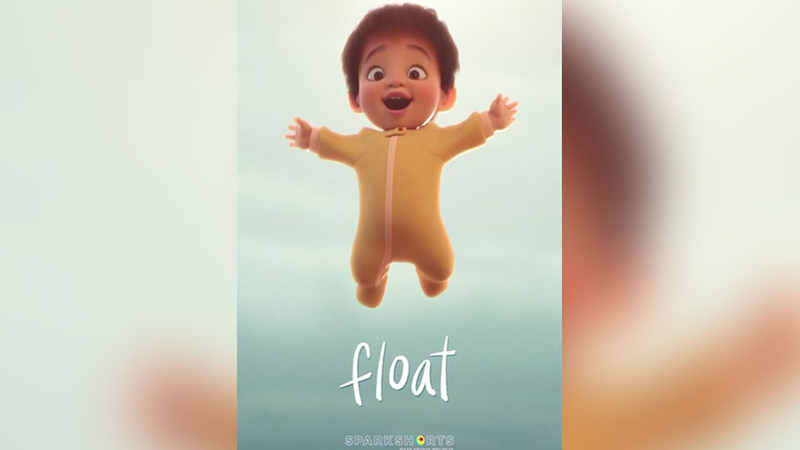 How Pixar's 'Float' was almost sunk by its creator

EMERYVILLE, Calif. -- Inside a conference room covered with storyboards within Pixar's Emeryville headquarters, Bobby Rubio is showing us a drawing he made years ago that became the basis for "Float." The animated short, which Rubio wrote and directed, is about a boy who can fly and his father who wishes he couldn't. More importantly, a Filipino father and son are the lead characters -- a first for Pixar.

RELATED: First look at 'Pick of the Litter' docu-series on Disney Plus

Rubio's old drawing show a different version of the father-son combo. The characters Rubio drew back then did not resemble his family.

"When I first thought of the short, I actually was thinking of making the characters white. And it's because my unconscious bias, I assume because I was like, I don't know if anyone wants to see a Filipino American," Rubio explains. "It was luckily because of co-worker, a co-worker over here said, This is a story about you and your son. How's your son going to feel when he looks up at the screen and that characters white. That hit me and I didn't want my son to think that he wasn't worthy of it. So from that point on I was like, 'Okay, I'm doing this. We'll tell our story.' And we're going to make them Filipino American."

Beyond the cultural connection, the story Rubio tells in "Float" is deeply personal because it is inspired by Rubio's real-life journey to fully accept his son Alex, who is on the autism spectrum. Rubio admits when he first came up with the idea eight years ago, he was in a much darker place and wasn't emotionally ready to tell the story.

"Now that I'm on the other side of acceptance. It's a lot brighter, this story," Rubio explains.

"Float" is one of several shorts to come out of Pixar's new SparkShorts program, which tapped creators who normally wouldn't write or direct an animated short and gave them a chance to tell a story their way. Pixar gave the creators a small budget, about six months to complete the project and more than the usual creative freedom. While each short has a distinct voice, message and look, they still have the creative storytelling and emotional impact one expects from a Pixar production.

Rubio says he was trying to keep the message in "Float" somewhat vague so viewers could come up with their own personal feelings and interpretations.

"A lot of it is people coming at it from a representation matters standpoint," Cababa adds. "Generally there's been so much support and, and positive feedback about it. It's been really overwhelming."

"Float" is available on Disney Plus.

To see the behind-the-scenes video with Bobby Rubio inside Pixar, watch the video in the player above.