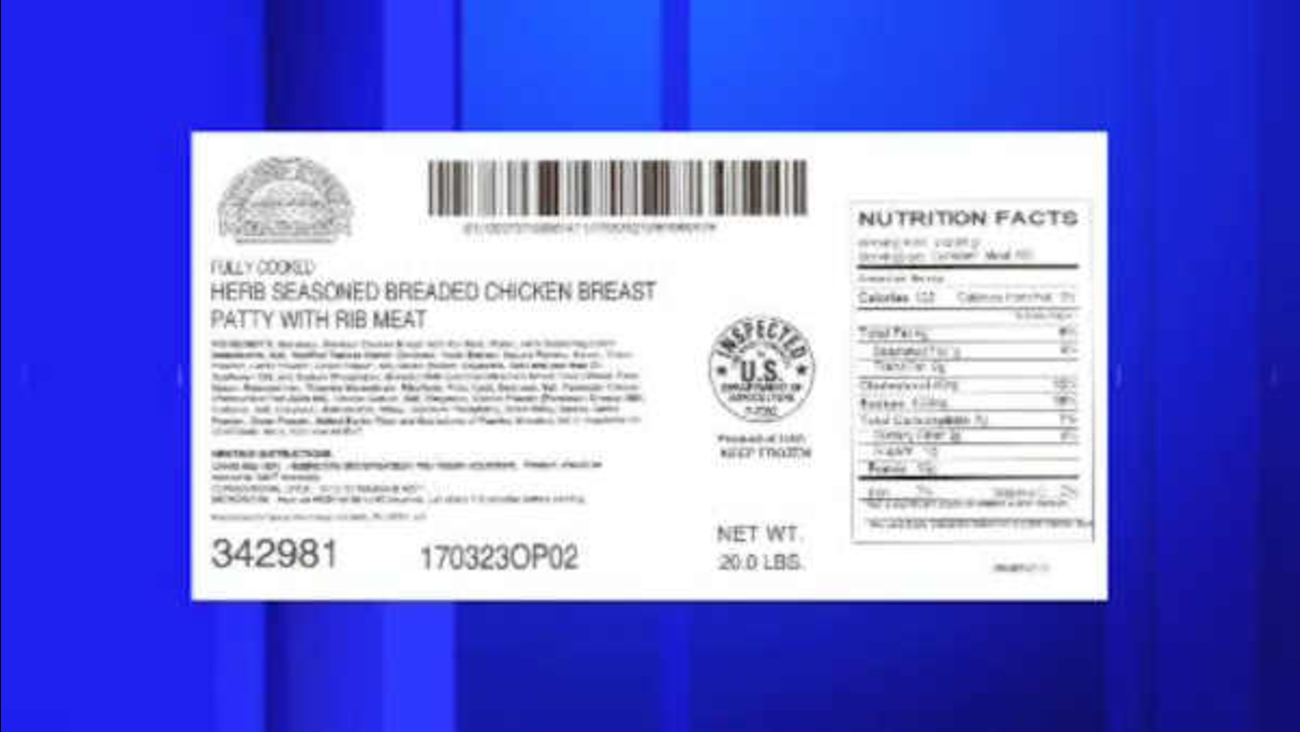 WABC
OKLAHOMA CITY, Oklahoma -- An Oklahoma food company is recalling more than 466 tons (422 metric tons) of breaded chicken because of possible metal in the food.

The USDA said in a news release that contamination came from metal conveyor belts and was discovered Tuesday.

An agency spokesman did not immediately return a phone call for further comment.