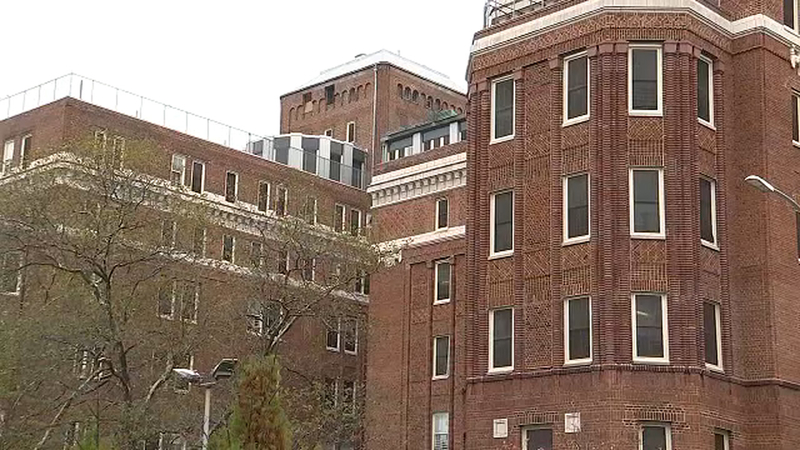 FORT GREENE, Brooklyn (WABC) -- Residents of a Brooklyn homeless shelter who say they caught food poisoning from expired chicken salad that was intentionally mislabeled are suing the city.

The four victims -- 64-year-old Kenneth Gilmore, 32-year-old Pierre Landro, 31-year-old Rose Rodriguez, and 43-year-old Mauricio Caballero - claim they got violently ill after eating the food at the Fort Greene Shelter that allegedly had a new sticker put over an expired one that showed the food was still good.

"I noticed a slight different taste to it," Gilmore said. "Immediately I got sick and began to throw up violently."

The incident happened on October 24, and they claim the actual expiration date was September 20, more than a month before they ate the salad.

"We never would think the shelter would serve us food outdated by a month," Gilmore said. "It shouldn't be one day, but this was by a month, and then to put another label on top of that shows this was with intent."

They are seeking $2 million each in damages.

"Intentionally falsifying a food expiration label by covering it over with a label with a false expiration date recklessly endangers the health of members of the public," attorney Sanford Rubenstein said. "In that regard, this is a criminal act. I am calling on the Manhattan District Attorney's Office to open criminal investigations and prosecute those responsible. To recklessly endanger these victims and cause them to get sick is unacceptable."

Mayor Bill de Blasio responded to the accusations calling it "horrible" and "unacceptable."

"Thank God, as I understand it, the folks who were exposed to that food are going to be okay," he said. "But no, we don't accept that. Any vendor who doesn't do their job, they're not going to be a vendor with us. So, there has to be an investigation. There has to be a look at it to see if it's a situation it can be resolved. But if we don't like what we see, we'll change vendors."

A spokesperson for the Department of Homeless Services said a review is underway of all food received from the vendor, and that they believe this to be an isolated incident that does not affect any other shelters. The city has also halted all products from Sally Sherman Foods, which made the salad.
"Protecting the health and wellbeing of those we serve is our top priority, and this incident was completely unacceptable," Spokesperson Arianna Fishman said in a statement. "We are glad those impacted were connected quickly with medical care and are in good health. We sincerely apologize for the occurrence and will hold the vendor that provides food at this location fully accountable"