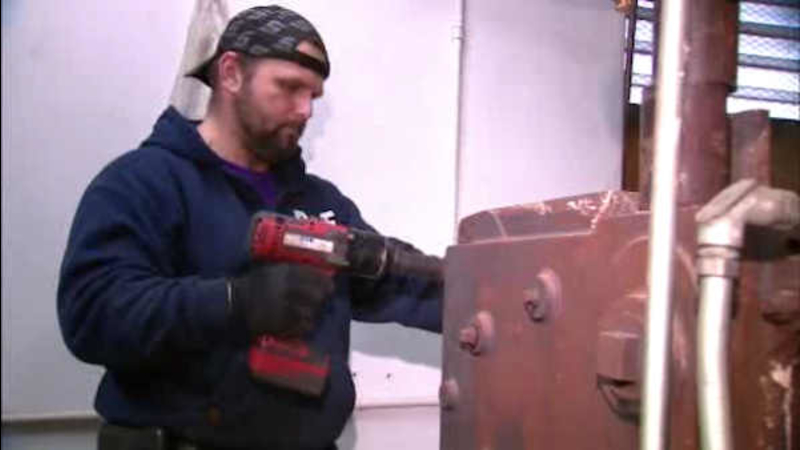 PEEKSKILL, New York (WABC) -- Nuns at a convent in Westchester County no longer have to worry about staying warm this winter because of a broken heating system.

That's because since Eyewitness News first brought you their story, people have donated more than $130,000.

And now the process of getting a new boiler is underway.

The nuns of the Franciscan Sisters of the Sacred Heart in Peekskill say their prayers have been answered. The first step is to dismantle and remove the massive cast iron boiler.

The unit is so large it has to be broken down into piees, and the new one will have to be assembled. In all, it will take about three days.

It has also been determined that another of the boilers can be salvaged and repaired.

Last month the nuns were told that the four boilers that heat the 150-year-old convent and the living quarters for 24 nuns were dead.

The sisters wrote thousands of letters appealing to the public and also set up a donation page on YouCaring.com under the title "Heat for the Sisters."

Prayers answered! Repairs underway at Peekskill convent where 4 boilers failed. Over $200,000 in donations have poured in. pic.twitter.com/IvQnkaLHnQ

The nuns have raised close to their target amount.

"When I first got the quote of $350,000 I said I don't know where I'm going to get that from, and one of the sisters said 'if God wants it, it'll happen," said Sister Laura Morgan. "And the generosity is beyond anything I could imagine, and maybe through the media we can thank the people."
Related topics:
religion & spiritualitypeekskillreligionnunheatwinterdonations
Copyright © 2022 WABC-TV. All Rights Reserved.
RELATED
Franciscan Sisters in Peekskill need new boilers for convent
TOP STORIES
AccuWeather LIVE: Snow turns into heavy rainfall
Mix of snow, heavy rain, wind hits Tri-State
Mass funeral held for Bronx fire victims
Queens man who recovered from COVID twice celebrates 105th birthday
Woman killed after man pushes her in front of subway train
FBI identifies hostage-taker at Texas synagogue
Catch first full moon of 2022 Monday night
Show More
Pilot credited for miraculous crash landing released from hospital
7th grader dies after overdosing on fentanyl at school in Conn.
After Biden's first year, the virus and disunity rage on
Expect more worrisome COVID variants after omicron, scientists say
Tsunami advisory lifted for US after volcano eruption
More TOP STORIES News