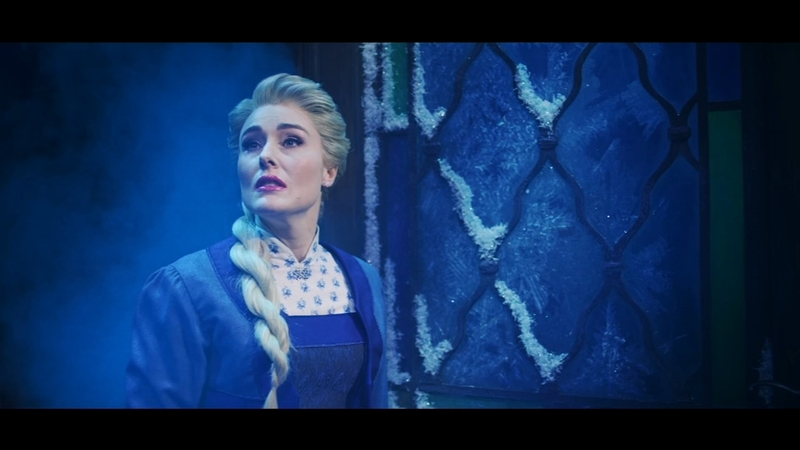 SYDNEY, Australia (WABC) -- When Broadway shut down nine months ago, so did the three Disney shows: "The Lion King," "Aladdin," and "Frozen."

So when the news one of those re-opened last week overseas, it was an emotional experience for members of the cast, crew and audience.

The debut of an Australian production of "Frozen" could also help determine the practical procedures required when shows are allowed to resume on Broadway. It will surely find specific ways all involved can be kept safe as the pandemic winds down.

"The biggest takeaway from being here in Sydney, of course, is that we can do it," Disney Theatrical President Thomas Schumacher said. "It's possible."

Possible, he says, with extreme precautions.

"In fact, I said this to the cast last night," he said. "I quote Shakespeare, 'Sweet are the uses of adversity,' because it has brought us together in a way that we have to be united and that we're taking care of each other and ourselves."

Upon arrival in Australia, Schumacher was in "military control quarantine for two weeks" in his hotel room. He got meals delivered three time a day but "was without human contact."

Finally, he was able to head to Sydney's Capitol Theater, located just five minutes from his hotel.

"I walked in the door, and it was the downbeat of the first technical rehearsal with the entire cast on stage in costume," he said. "I burst into tears because it was happening right in front of me."
The first production of this show outside the United States offers lessons for Broadway that became apparent as the show moved towards opening night on Thursday, December 10.

"Lots of lessons," Schumacher said. "How to enter the theater, how to exit the theater, touchless ticket, how to inform people with their smart phones how the audience flows, all the practicalities of backstage."

A production assistant, Stephanie Delaney, shot footage of the occasion, and how this plays out ultimately is determined by Broadway visionaries like Schumacher, who is also chairman of The Broadway League.

The fate is closely tied to the return of tourism in New York City, so those involved are hoping the show will offer an optimistic look to a future that is still half a year or more away.