Gas prices in Tri-State area above $4 a gallon 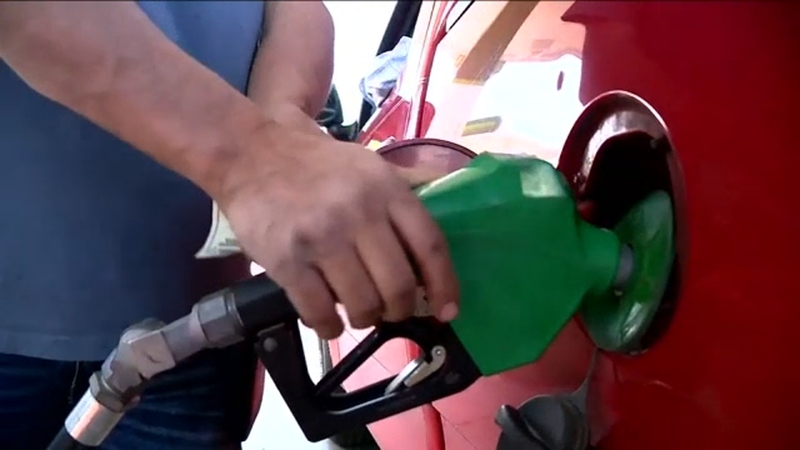 Gas prices in Tri-State area above $4 a gallon

NEW YORK (WABC) -- Gas prices continue to skyrocket at the fastest pace in history and are expected to continue to rise through the month, due both to inflation and the war in Ukraine.

The national average is $3.92 a gallon, a more than 30 cent increase from just five days earlier.

Experts expect that number to rise to $4.25 by the end of the month.

That would be a new record for the national average.

The pain goes far beyond the pump.

The cost to heat a home is also increasing, as well as food prices, along with the rising cost of diesel for trucks impacting goods.

Jessica Manera, of Danbury, loaded groceries into her car after she emptied her wallet in the store.

"I just dropped $300, and I have five bags of groceries that will last two days," she said. "It's definitely doubled the cost."

New York Governor Kahty Hochul said Monday that temporarily suspending the state's gas tax is "absolutely under review," but there is no guarantee drivers would see an impact at the pump.

"(Prices are) going to keep going up," she said after an unrelated event in Rochester. "This is out of the control of the station. It's a point of supply. I want to make sure that if we do something, that its actually going to have an impact if we're going to reduce state revenues."

"I will be fighting for bipartisan support in favor of suspending the gas tax, putting pressure on the OPEC nations, and our own oil companies to produce more," he said.

In New Jersey, oil from Russia supplies the state's 33 Lukoil gas stations. Governor Phil Murphy says it might be time to re-examine the relationship between the Garden State and the Russian owned oil company.

"They happened to be franchised by local New Jersey interests in most cases, but that's a good example of something, you know what, 'not in New Jersey,'" he said. "We're going to have figure that one out."

Police charged a couple in the Bronx with murdering their roommate after he complained they were making too much noise.

Back in Connecticut, pool installer Vinny Torcasio $30 of gas used to last him two days. Now, it's $50.

"So unfortunately, my rates, my charges to my customers, everything has to go up to survive," he said.