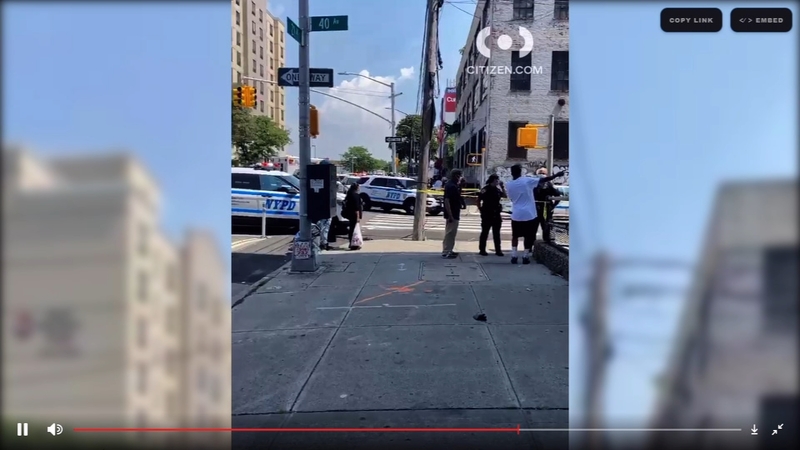 LONG ISLAND CITY, Queens (WABC) -- A 17-year-old reputed gang member is under arrest, accused of firing the shots that killed a man who was walking his dog in broad daylight in Queens.

The shooting happened just after 11 a.m. on Saturday, July 25, in the vicinity of the Queensbridge Houses and was believed to be part of an ongoing dispute between gang rivals.

George Rosa was struck in the torso near the intersection of 22nd Street and 40th Avenue in Long Island City and rushed to Elmhurst Hospital.

Despite at least one surgery and fighting for his life for 31 days, Rosa died Tuesday, August 26, as a result of the gunshot wound.

On Wednesday, police announced that 17-year-old Ike Ford was arrested and charged with second-degree murder, reckless endangerment, and criminal possession of a weapon.

"Tragically, a man is dead because he took his dog for a walk in his neighborhood, struck by a bullet intended for someone else," Queens District Attorney Melinda Katz said. "Every resident of every community deserves to be safe from the reckless gang violence that is fueled by access to guns."

If convicted, Ford faces up to 25 years to life in prison.

According to the charges, Ford and an accomplice who has not yet been apprehended were trying to shoot an intended target but missed, and the stray bullet struck Rosa instead.

Authorities say Ford was arrested following another shooting in which he and the same accomplice are accused of firing a gun near 40th Avenue and 10th Street.

No one is believed to have been injured in that shooting.