Young girl dies after being hit by school bus in Orange County, NY 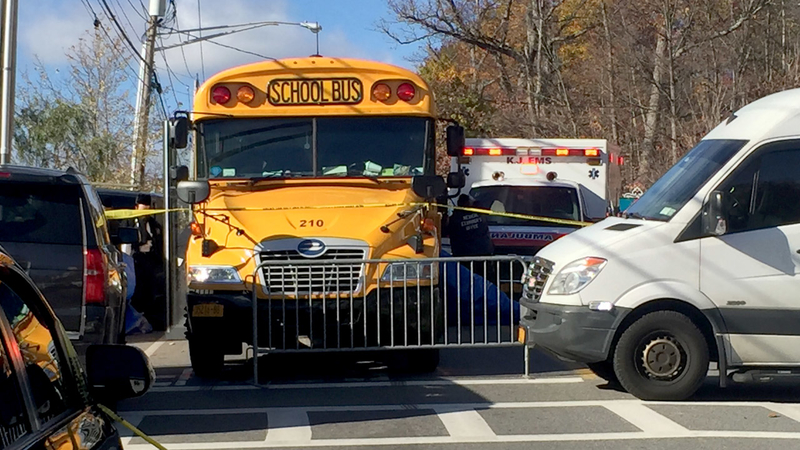 Young girl dies after being hit by school bus in Orange County, NY

The crash happened at about 11:15 a.m. near the intersection of Acres Road and Lemberg Court in the town of Kiryas Joel in Orange County.

Investigators with the New York State Police said 6-year-old Leah Messi, of Brooklyn, had just gotten off the bus and headed toward a nearby sidewalk. She apparently abruptly changed directions and began to cross the street in front of the bus. The driver did not see Messi change directions and struck her with the front bumper.

See photos of the scene here:


People who live nearby said the girl was staying with relatives, as her parents were in Brooklyn attending a wedding.

Members of the Orthodox Jewish community performed their somber religious ritual of cleansing the accident scene.

The child's funeral was scheduled for later in the day.

The state police reconstruction team was out at the scene for hours trying to figure out exactly what happened.