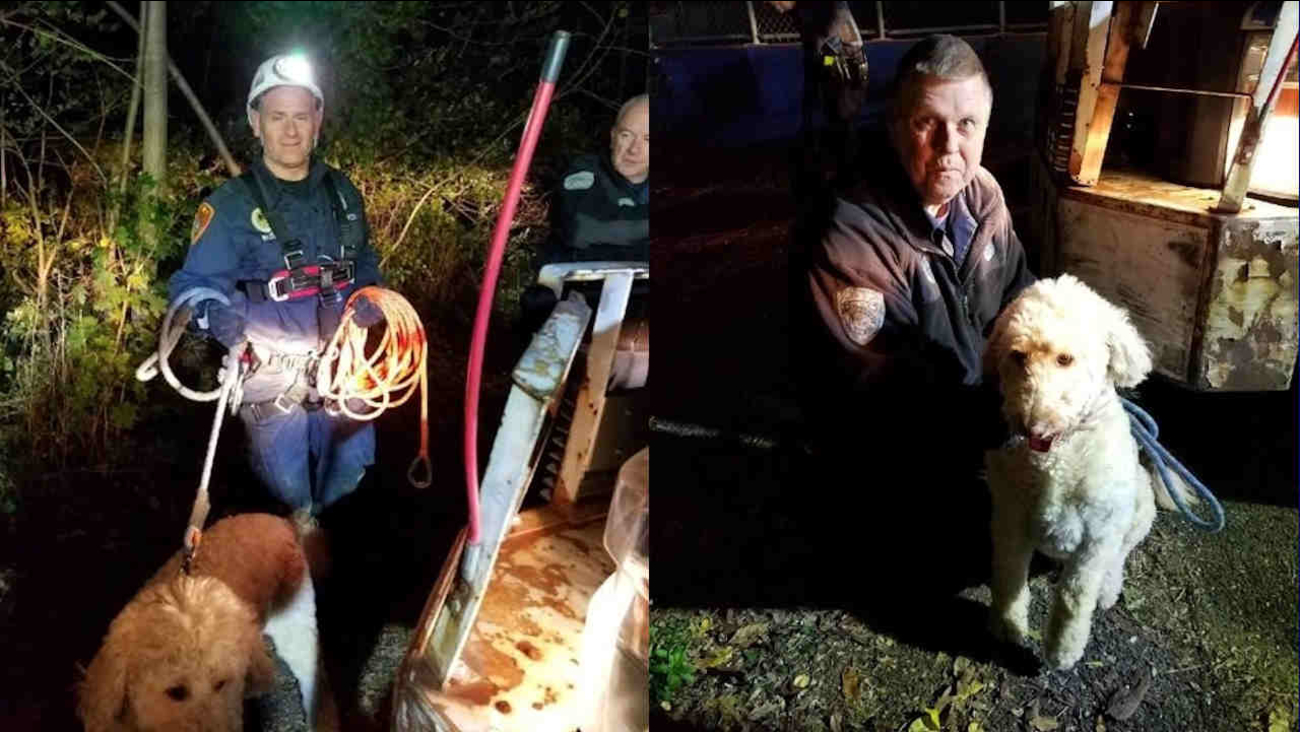 Around 7:30 p.m., Boris Avezov was outside of the Superior Ice Rink on Indian Head Road in Kings Park with his dog, Poofa.

According to the Suffolk County Police Department, the 6-year-old Golden Doodle pulled his leash away from his owner to chase a rabbit. Poofa then fell into a 16-foot abandoned cesspool behind the ice skating rink.

It took about an hour to rescue him. Suffolk police were lowered into the cesspool using a mechanical pulley, then used a sked, a piece of equipment normally used to rescue people, to save the dog.