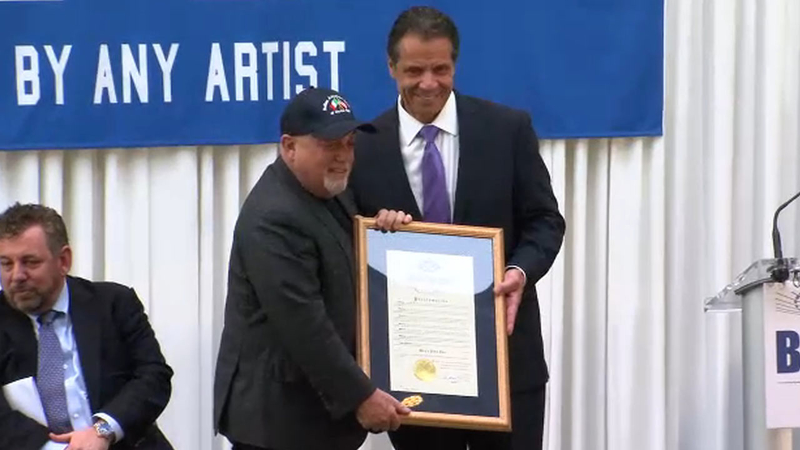 That's why Governor Andrew Cuomo is proclaiming it "Billy Joel Day" in New York State. In fact, Cuomo was on hand at MSG to present Joel with his proclamation.

Four decades after he first played there and more than four years after Joel began playing a show once a month, he remains convinced this place lives up to its billing as "The World's Greatest Arena."

"Look, let's be real," the Piano Man told the crowd at MSG. "I was born in the Bronx. I grew up on Long Island. So this is my venue."

When his residency was first announced, Joel said he would play once a month for as long as his fans stay interested.

"The audiences are always so good here," Joel said back in December of 2013. "You know, they're enthusiastic. They're loud. They're excited. They rock the house. Literally, they rock the stage, and it's an amazing sensation."

"There is an authenticity about Billy and his music," Cuomo said.

For the star, who first came to the Garden as a child from Hicksville, it is the mythical status of MSG and the two million fans who have seen him there that keeps him coming back.

"I couldn't think of a better way to peak in my life than this," Joel said.

Since the first show of Joel's residency in January of 2014, every one of his concerts has sold out.

The Piano Man has a unique way of getting psyched for each one by commuting to MSG from the Hamptons via helicopter.

"Seeing Manhattan from the air inspires me," Joel told the NY Post.