Is Governor Cuomo doing all he can to combat corruption in Albany? 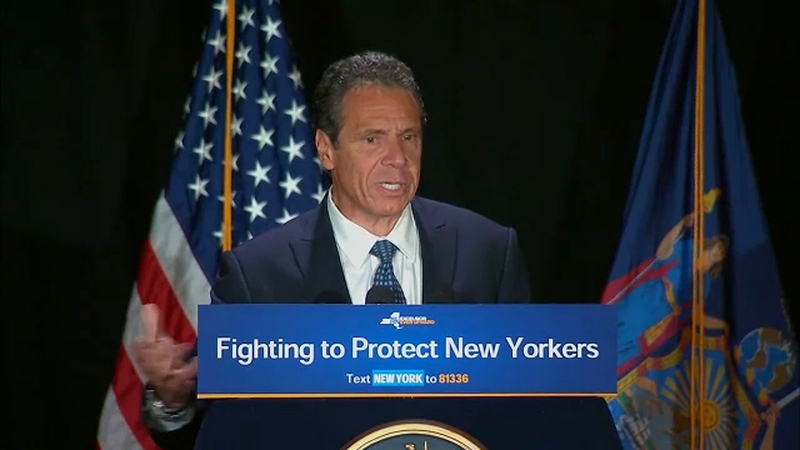 Is Governor Cuomo doing all he can to combat Albany corruption?

NEW YORK (WABC) -- New York Governor Andrew Cuomo, (D) on Friday was peppered with questions by reporters after the former head of SUNY Poly and three developers were convicted of bid-rigging in the governor's "Buffalo Billion" economic development.

Governor Cuomo said, "I don't know what I could have done differently to prevent this situation." His primary rival, Cynthia Nixon, said it was another example of Albany corruption. Nixon said, "We can't clean up Albany until we clean out who is in the Governor's mansion."

This is the second time state workers tied to Governor Cuomo have been convicted of corruption and fraud recently. In March, Joe Percoco, a close aid and former campaign manager, was convicted of pocketing more than $300,000 in bribes.

Cuomo hit back, saying Alain Kaloyeros, convicted of conspiracy and fraud in the Buffalo Billion project, was actually hired by previous Pataki and Spitzer administrations. Cuomo said "people are going to do bad, stupid, venial things. It happens. It's going to happen. You're dealing with a $150 billion budget."

As for the Percoco conviction, Cuomo, who once described Percoco as 'like a brother,' said, "I was shocked. I was heart-broken. I would never have imagined he would have done what he did."

Nixon described Cuomo as 'part of the problem' with Albany corruption.

"The Cuomo administration has been eight-years-worth of scandal, corruption, backroom deals, and pay-to-play politics," Nixon said.

However, the Governor asked Friday if he is supposed to be responsible for all 100,000 state employees. He also questioned why safeguards within the state University system didn't catch Kaloyeros earlier.

Cuomo, who has prosecuted several government officials for corruption, said, "We will have zero tolerance for any shenanigans whatsoever, period."