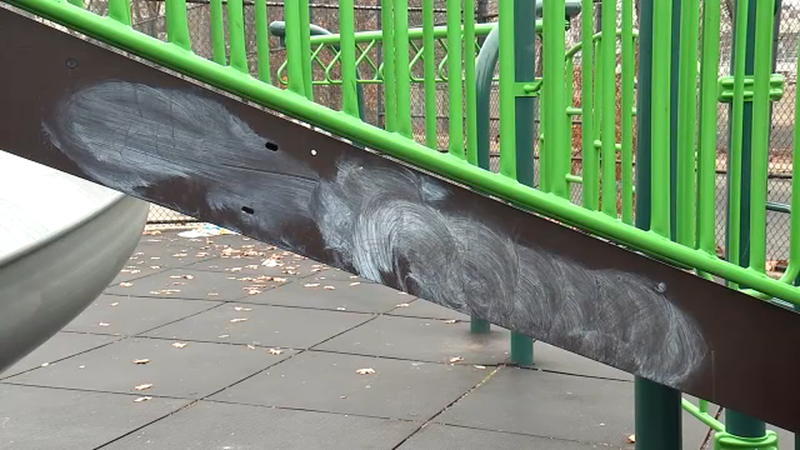 Racist graffiti discovered in Bronx park 2 weeks in a row

RIVERDALE, Bronx (WABC) -- Elected officials are coming together to stand against hate after racist graffiti was discovered in the Bronx two weekends in a row.

It has since been painted over, but many in the community are outraged over the graffiti scrawled on Spuyten Duyvil Playground.

The graffiti contained anti-Black hate speech drawn on a slide that children could see.

The 6-year-old son of Councilmember Eric Dinowitz saw it while playing a couple of weeks ago.

"When my son asked me what the words meant, what the words were, it was very difficult to explain it to him, my children, we teach love, children aren't born hating one another," Dinowitz said.

A second instance of racist graffiti was found a week later on a sign at a ballfield across the street.

Police are investigating whether the vandalism is the work of the same individual.

Elected officials were joined by community leaders on Tuesday to condemn the acts of hate, which to make matters worse, have occurred during Black History Month.

"We want to send a message to everyone, we will not accept this, we will never accept it, we will continue to stand against it," said Bronx Borough President Vanessa Gibson.