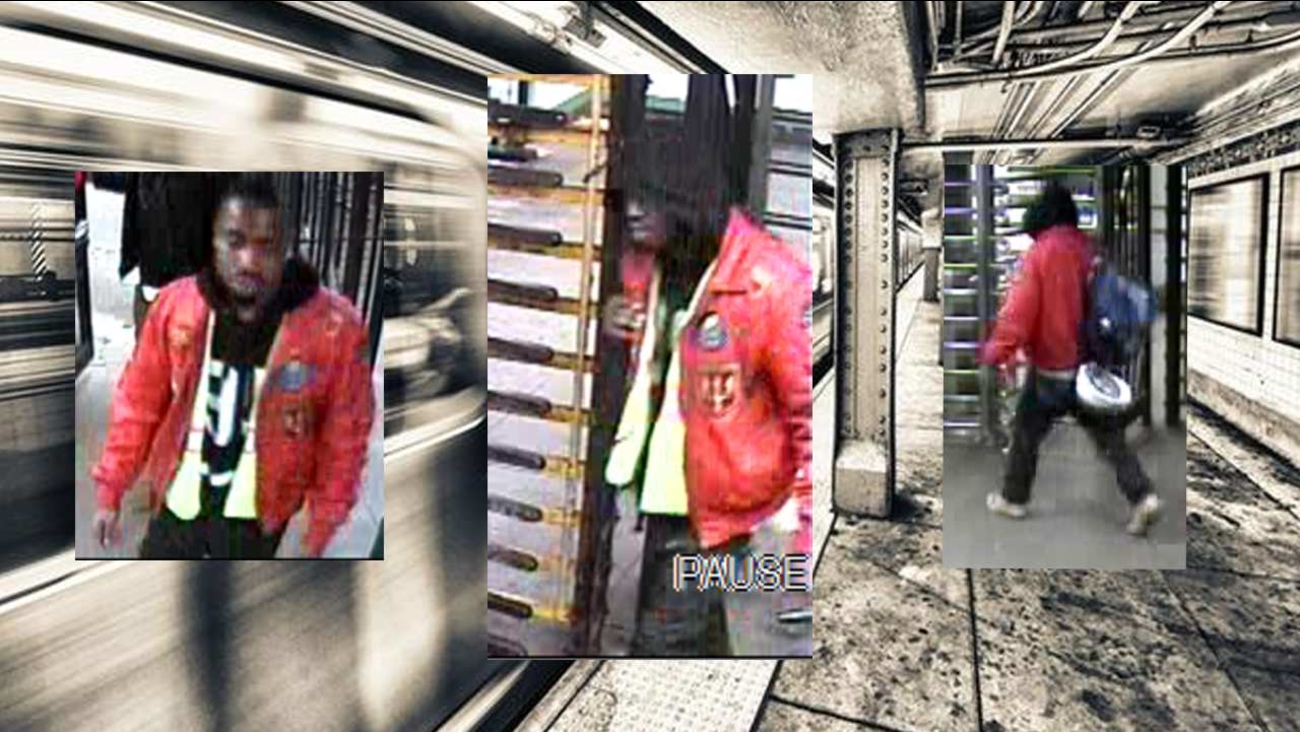 GREENWICH VILLAGE, Manhattan (WABC) -- A 22-year-old woman was groped and pushed into the subway tracks in Greenwich Village Friday morning. Police released photos of a person they want to question on Friday night.