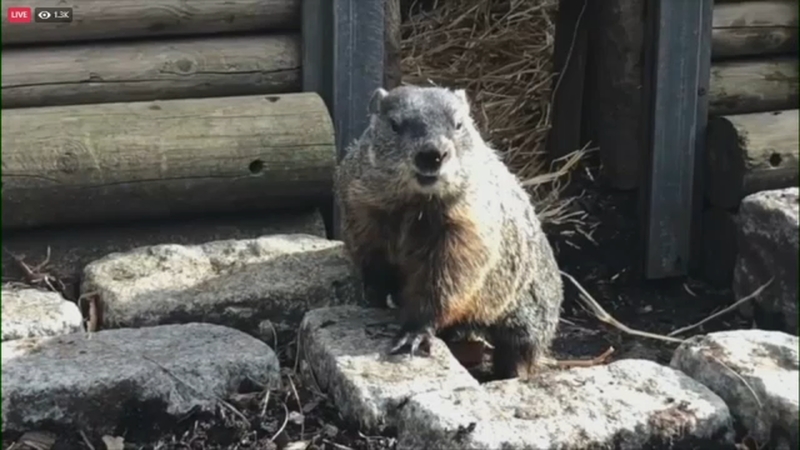 WEST BRIGHTON, Staten Island (WABC) -- Staten Island Chuck did not see his shadow this Groundhog Day and says we will have an early spring.

His prediction was the opposite of Punxsutawney Phil who did see his shadow and prognosticated six more weeks of winter.

Chuck lives at the Staten Island Zoo where his prediction was live-streamed for all of New York City and the world to see.

"He did not see his shadow, we will have an early spring!" Staten Island District Attorney Michael McMahon announced during a virtual appearance from the Staten Island Zoo.

Mayor Eric Adams could not attend but recorded a message that was played before Chuck emerged.

McMahon said the mayor "has assured me personally that Chuck and the Staten Island Zoo will suffer no harm during his administration."

But, McMahon added, both have "a plant-based diet," which is common ground moving forward.

The zoo says Chuck was correct last year and has correctly guessed 11 out of the past 12 years correctly. He was last wrong in 2017.