Man with guns and machete is shot, killed at Pa. Walmart 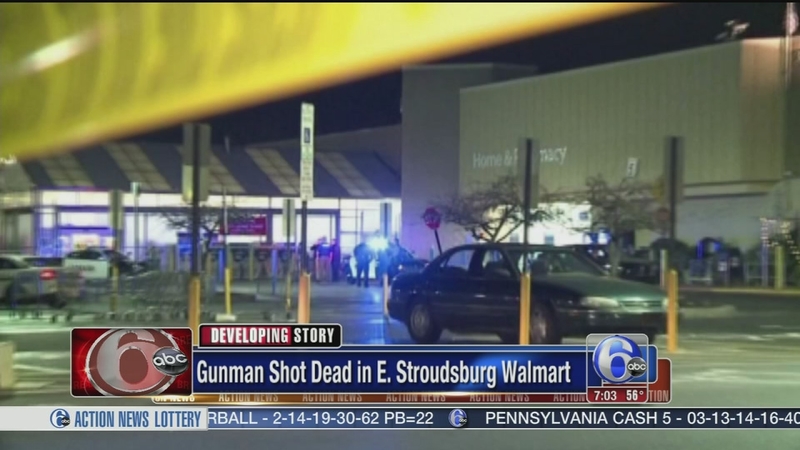 EAST STROUDSBURG, Pa. -- Authorities say a man armed with two handguns and a machete has been shot and killed by police inside a northeastern Pennsylvania Walmart store.

The Pocono Record reports that witnesses told police that a man entered the store shortly after 10 p.m. Saturday and began threatening customers. Officials say there were about 100 customers in the store at the time.

Authorities say police arrived, evacuated the store and ordered the man to drop his weapons. When he refused, police fired, striking the suspect in the chest.

Authorities say police arrived at the scene, evacuated the store and then ordered the man to drop his weapons. When he refused, police fired at the man, striking him in the chest.

The man was transported to Pocono Medical Center, where he was pronounced dead by the Monroe County coroner.

State Police Lt. Robert Bartel said early Sunday the name of the shooter would not be released until his family was notified.