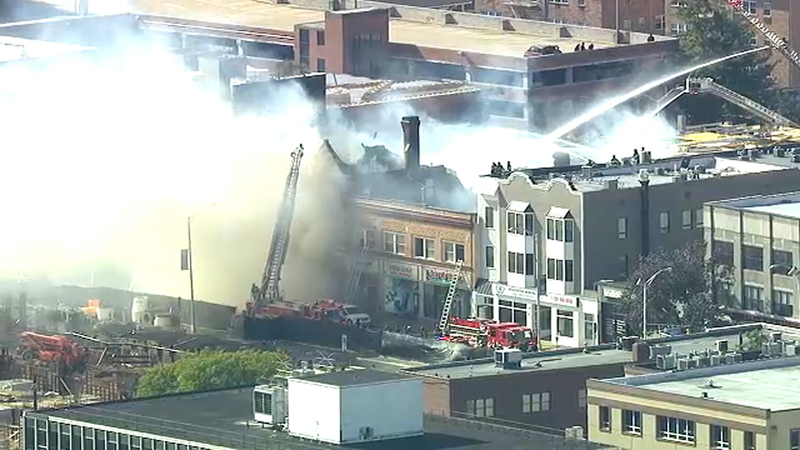 The blaze broke out around 10:30 a.m. at Buy and Save Furniture 2 on Main Street, between Mercer and Atlantic, in downtown Hackensack.

"Upon arrival of my guys, they had very heavy fire already showing on the first floor, heavy smoke conditions," Hackensack Fire Chief Thomas Freeman said. "Obviously, with the heavy wind here today, that made conditions that much more worse and dangerous."

Officials say the roof and part of a wall collapsed, with the intense flames fueled by the plentiful materials inside the building.

"My guys attempted to enter the building with hose lines," Freeman said. "They were unfortunately unable to stay in the building due to the amount of fire in there. So they retreated to the exterior. Once we realized we were going to have to fight this fire from the exterior, our priority became protecting the buildings on either side of it so that it didn't spread."

Several street were closed in the area as firefighters battled the flames.