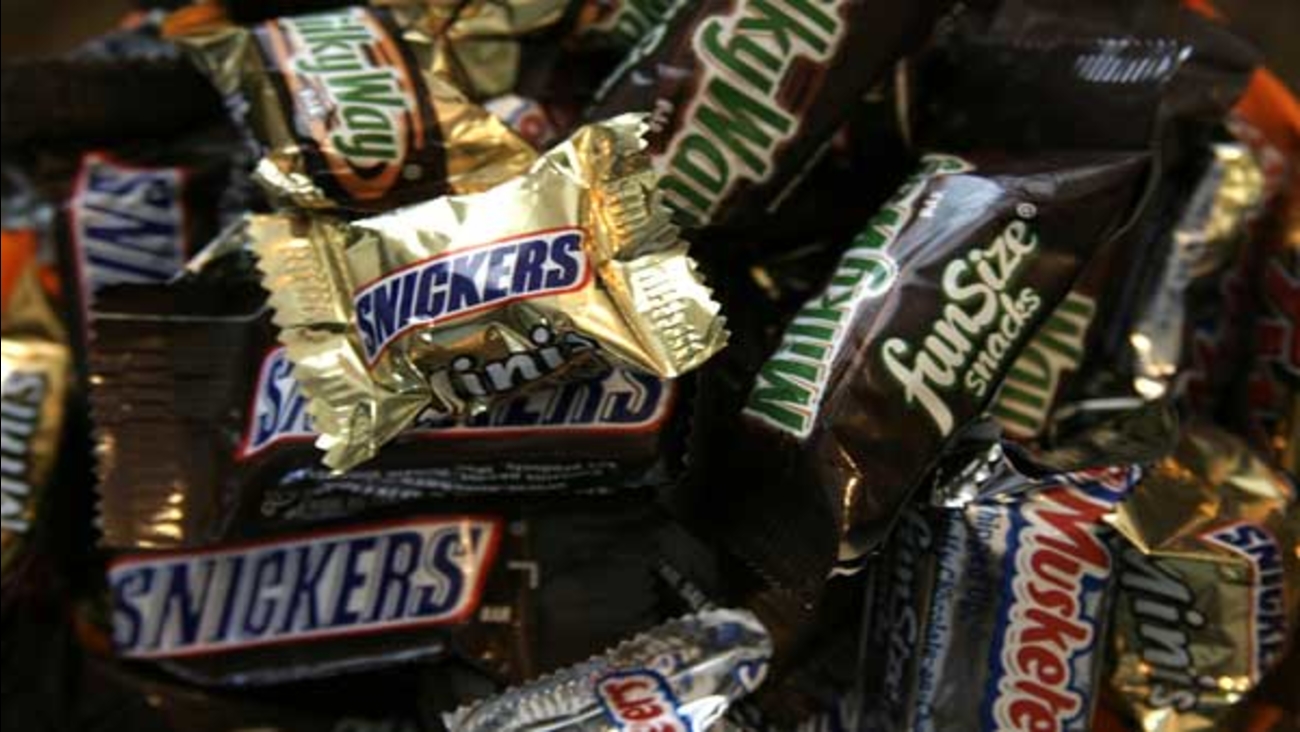 INWOOD (WABC) -- Police say a dispute over a Halloween treat ended with an attack on a Long Island store clerk.

According to Nassau County Police, a boyfriend and girlfriend from Far Rockaway, 26-year old Daquan Rose and 23-year old Samone Sturgis, were out trick or treating Saturday afternoon with two children.

When the group entered the Burnside Deli in Inwood, an argument arose with the store's clerk over what was given for a Halloween treat and both defendants were asked to leave the store, authorities say.

Sturgis allegedly became angry and began stealing packages of cookies from the counter area. When the clerk attempted to prevent her from removing them, police say both defendants began punching the employee in the face and then left the store.

After the clerk followed the defendants into the parking lot, Rose picked up a piece of wood and threatened to beat him with it, according to police.

Both defendants, along with the two children, then fled the scene. The clerk, who suffered a contusion and swelling to his eye, then called 911.

Police found the suspects a short distance away at Pearl Street and Rockaway Turnpike and arrested them.

Rose and Sturgis are both charged with robbery and endangering the welfare of a child.