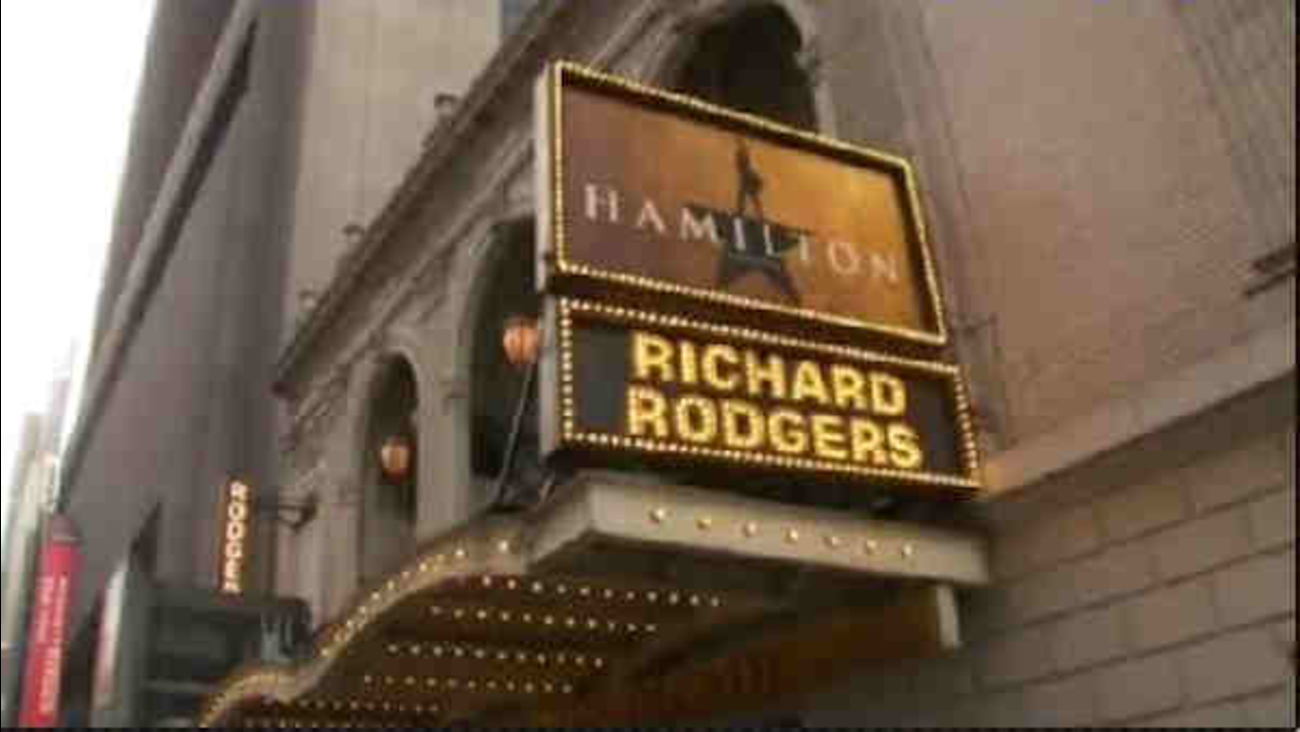 NEW YORK (WABC) -- This year's Grammy Awards will include some extra glitz and glam, straight from New York City. The cast of "Hamilton" will perform live via satellite from Broadway's Richard Rodgers Theatre.

This will be the first musical theater performance during the Grammys since "American Idiot" in 2010. The "Hamilton" appearance at The Staples Center marks the fourth time the telecast has featured a live performance via satellite and a first for a Broadway performance.

"Hamilton" is generally dark on Monday nights, but an exception will be made on February 15, 2016, as a live audience joins the cast at the theater.

"With the Grammy Awards on a Monday this year, we have a wonderful opportunity to highlight this important musical art form on an even bigger stage for our millions of viewers worldwide to experience," said Neil Portnow, President/CEO of The Recording Academy.

The cast of the critically celebrated show will also be looking to bring home an award on Monday night. They have been nominated for Best Musical Theater Album.

"The music community's response to our cast album has been overwhelming, and we're honored to be part of such a special night," Miranda said. "To perform from our home at the Richard Rodgers Theatre is a dream come true."

"Hamilton" tells the true story of Alexander Hamilton, a Founding Father and the nation's first treasury secretary. It is told by a young African-American and Latino cast and has become a sensation like few Broadway shows.