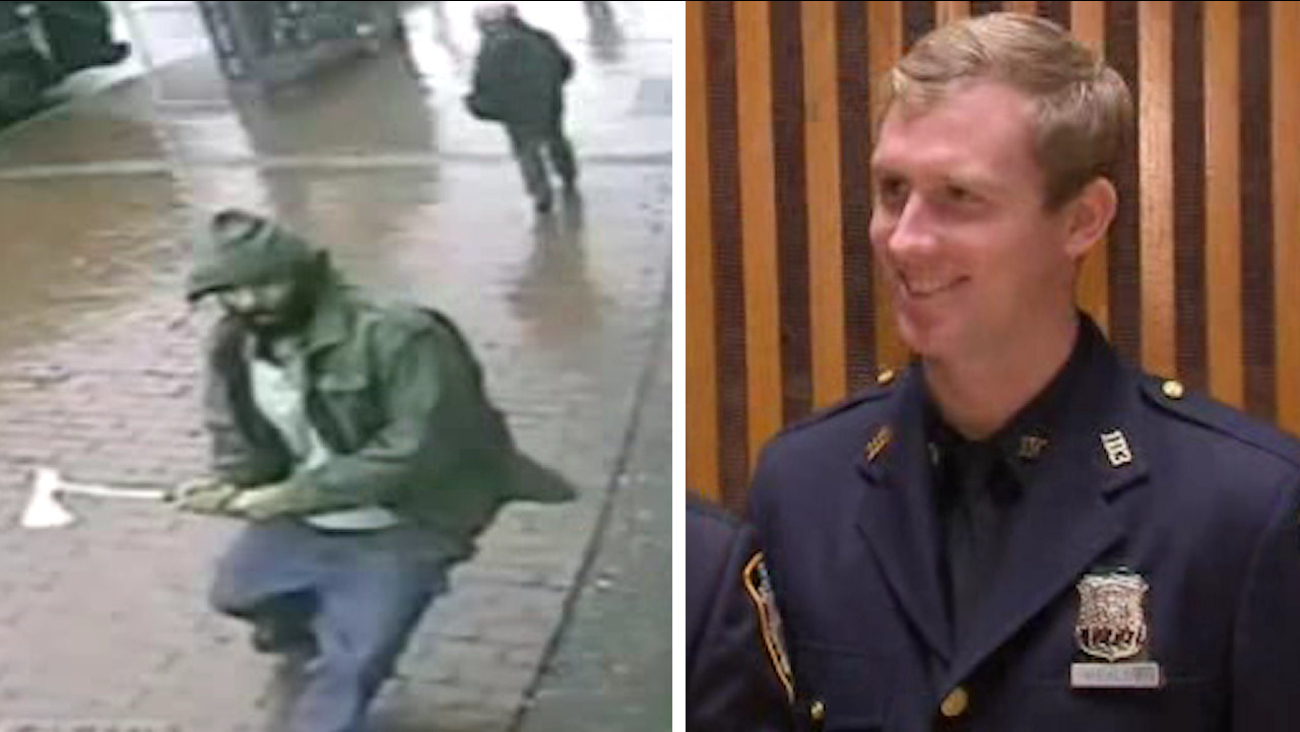 Officer Kenneth Healey was awarded the Medal of Honor his heroic actions. Healey and three other officers were patrolling a bustling Queens commercial district last fall when a man charged them with an 18-inch hatchet.

Healey was critically injured after fighting with the suspect. He suffered a gash to the head, while Officer Joseph Meeker was hit in the arm.

A bystander was wounded by a bullet when police shot and killed the suspect. The man had posted online rantings against America.

Healey needed numerous surgeries after suffering a shattered skull. He returned to the force more than a year later.