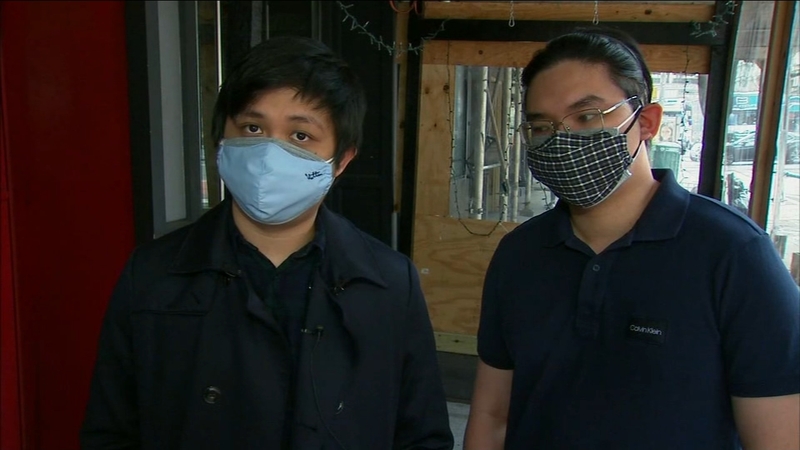 MANHATTAN, New York (WABC) -- A New York City public housing worker has been suspended without pay, for sending a letter to three Vietnamese tenants and addressing it using a racial slur.

"We just don't understand how this could be on an official letter," East Side resident Khang Duong said.

The hateful letter came from the New York City. It's addressed with a racial slur commonly hurled at Asians, beginning with the letters 'ch,' and not the name of the Vietnamese immigrant it was sent to.

"Even if the blame lies with the inspector, this is a letter from the city, someone has to print it out," East Side resident Duc Pham said. "Someone has to fold it and mail it, so clearly there was no oversight there was no checking."

A New York City postal worker was charged with stealing a credit card from her mail route and using it to pay for a breast lift.

Pham and Doung received the letter following a visit from an inspector from the Department of Housing Preservation and Development.

The roommates called the city to report an issue with their heat and hot water at their East Side apartment.

What is far from normal was the follow up letter confirming the visit, which the roommates have since reported to the city.

"He never asked any of us for our names so what we suspect happened was he put our names down in that form as a racial slur," Pham said.

A spokesperson for the NYC Department of Housing Preservation and Development released a statement announcing the suspension of the employee:

"The employee is suspended without pay and we're conducting a full investigation to determine further disciplinary action. We've reached out to the individual affected to express our profound apologies. Racism has no place in New York City. We stand with the AAPI community against hate."

Thank you @NYCHousing for moving so quickly (within just a few hours) to suspend the employee who took this racist action, to start a full investigation, and to make clear that hate has no place at HPD or in NYC. https://t.co/9UrbKgZ7yg

"This is completely unacceptable behavior by a city employee so after the investigation this employee not only needs to be suspended without pay they need to be terminated," Lander said. "It says we don't see you as human being. It says we just see you as a stereotype. In just the most racist and vile way."

The incident comes after a recent surge in attacks against Asians and calls to denounce the hate.

"It's one thing to see it in the streets with random people, and it's another thing on an official mail for the city," Pham said.

"We saw Mayor De Blasio went to rally, spoke against Asian hate crimes and he seemed to be passionate about it. But it seems that message doesn't get to everyone," Duong said.

Meanwhile, on Friday night, the Empire State Building was lit up in solidarity with the Stop Asian Hate campaign.

However, it's become hard for the community to heal when it's constantly under attack.