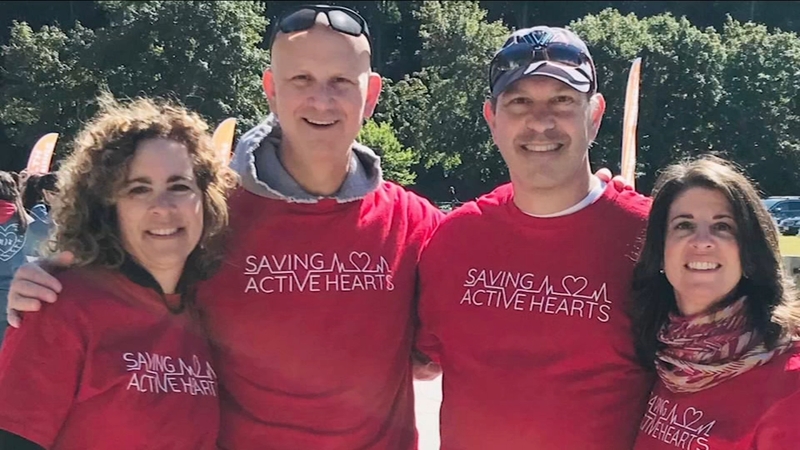 WESTCHESTER COUNTY (WABC) -- Playing basketball isn't the same for Jordan Schoen after he went into cardiac arrest during a varsity game when he was just 17-years-old.

"Jordan's experience is a perfect example, that there was a defibrillator right outside the gym door, but no one knew, or no one ran to get it," said Alice Schoen Jordan's mother and Co-Founder of Saving Active Hearts.

A defibrillator saved both of their lives, but not the ones provided by the schools.

Other first responders were in attendance and used their devices.

So two years ago, the two Westchester moms started Saving Active Hearts in an effort to educate people on what to do if they witness someone experiencing a cardiac episode.

"She reached out to me and said this is a problem, this is not as uncommon as people would think and we need to do something about it," said Colasante.

It means foods like like macaroni and cheese, pizza, and mozzarella sticks will be off the menu.

"In New York State, schools are required to have an AED in schools, and a certain amount of teachers trained in CPR, but they're not required to have cardiac emergency response plan," said Colasante.

And while Jordan Schoen is lucky to be alive, sadly other teens have not survived. So, for schools to not have a plan in place, is not an option for these moms.

"There are so many stories of people who didn't survive because people didn't really know what to do," said Schoen.

To commemorate Heart Health Month this February, Saving Active Hearts is teaming up with the national organization, Project ADAM to expand their reach.

Project ADAM was launched in 1999 after Adam Lemel suffered a sudden cardiac arrest while playing basketball and died.

Adam was also only 17-years-old.