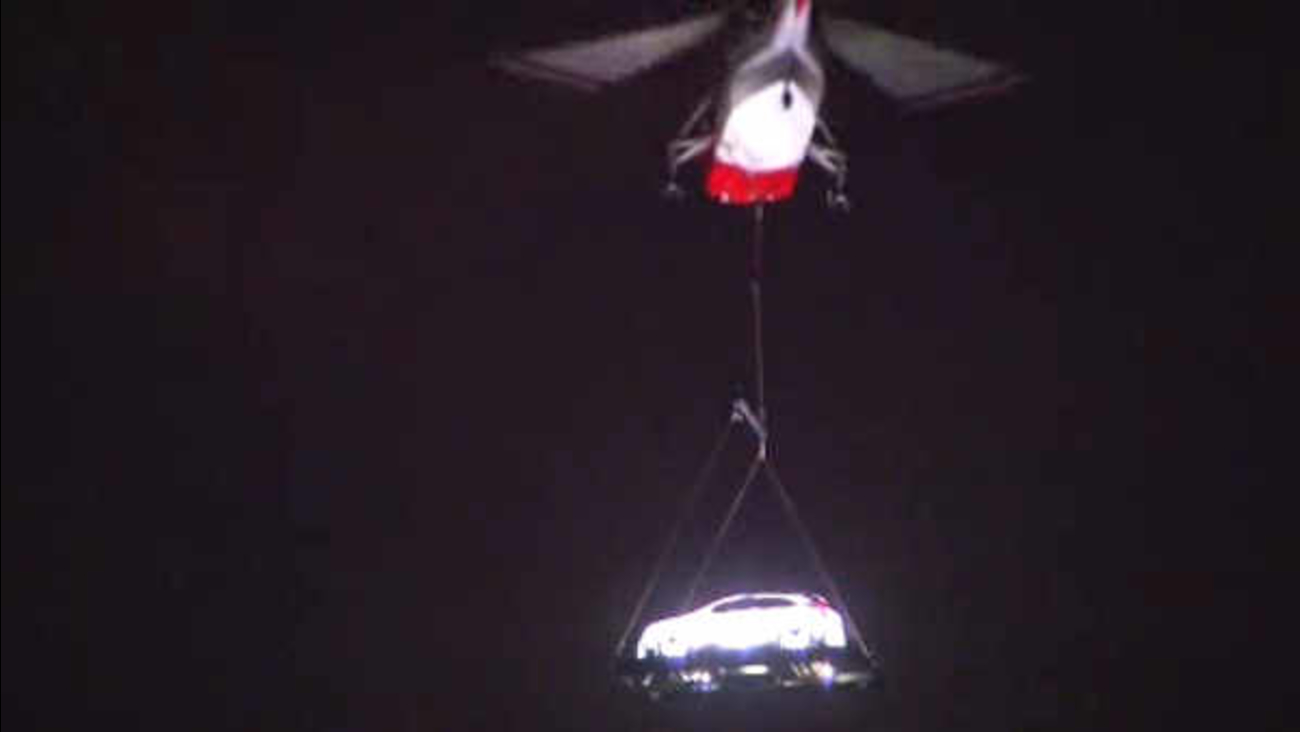 NEW YORK (WABC) -- An unusual, high-flying publicity stunt played out in the skies above Manhattan's West Side Wednesday night.

Luxury automaker Cadillac suspended its brand new crossover vehicle over the West Side Highway, from a helicopter.

The XT5 was suspended 150 feet over the roadway.

The car's platform, custom-built for the event, was painted matte black to give the illusion the car was flying.

Cadillac released facts and figures about the event:

-This is the first time in 15 years that cargo has flown over Manhattan.
-The rigging is 30 feet long, meaning the lift helicopter must fly at 180 feet altitude.
-The lift helicopter is a Sikorsky S61N - used in numerous industrial and governmental applications, such as firefighting, oil rig supply, search and rescue, etc.
-The platform the car flies on was custom built for the project - it weighs 3,000 pounds.
-The platform contains eight LED lights and on-board power supply to illuminate the car while in flight.
-The car itself weighs 4,600 pounds.
-The "runway" that the car is traveling - from one side of the Hudson to the other - is approximately .7 miles each way.
-The entire flight across the Hudson and back takes less than 10 minutes.
-The project was coordinated thru Mayor's Office of Media & Entertainment, FAA & Coast Guard.