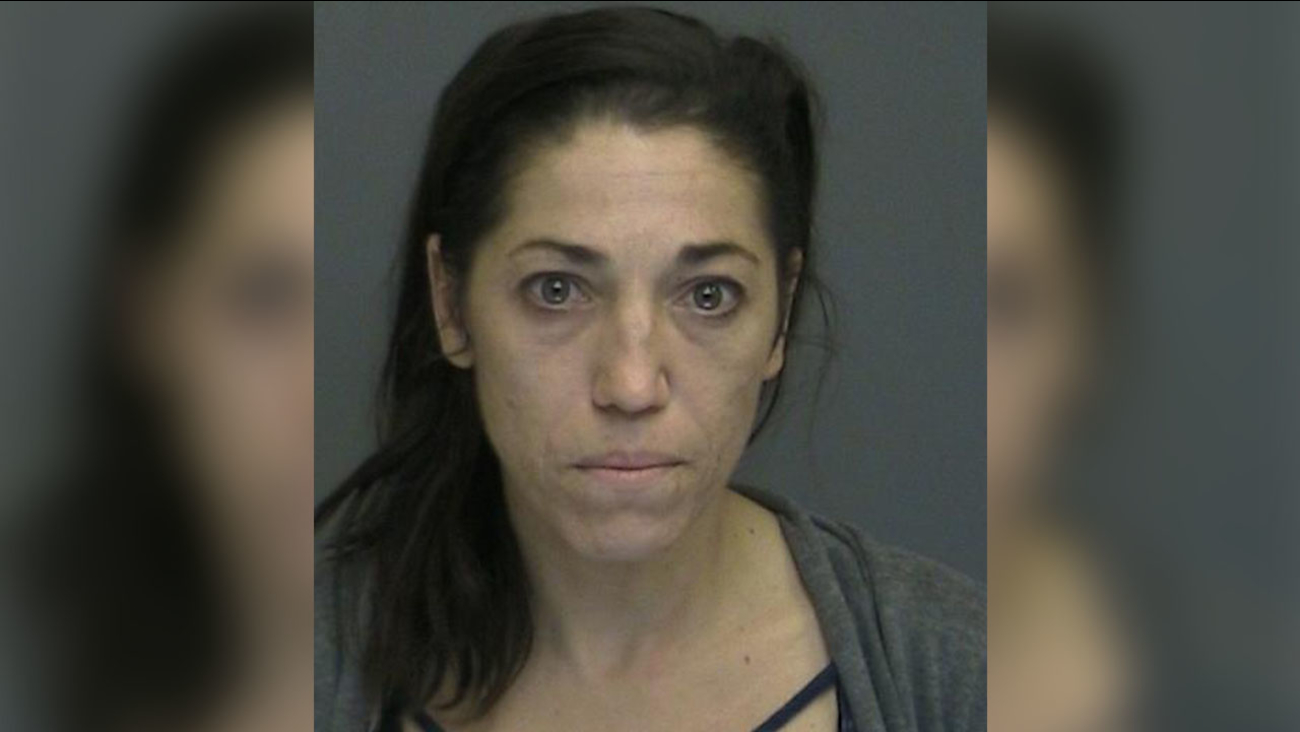 Giovanna Mirando, 34, was charged with criminal possession of a controlled substance and endangering the welfare of a child. (Suffolk County Police photo)

At around 2:30 p.m., police say Verna got out of the vehicle to purchase heroin from Michael Scalia, 32, and then returned to Mirando's vehicle.

Mirando and Verna split the heroin and began to drive away when officers and detectives pulled them over, according to police.

When police approached the vehicle, they discovered Mirando's son in the back seat.

They charged Mirando with criminal possession of a controlled substance and endangering the welfare of a child.

The two men were charged with criminal sale and possession of a controlled substance and will be arraigned Saturday.

Mirando was released on bail and is awaiting arraignment.