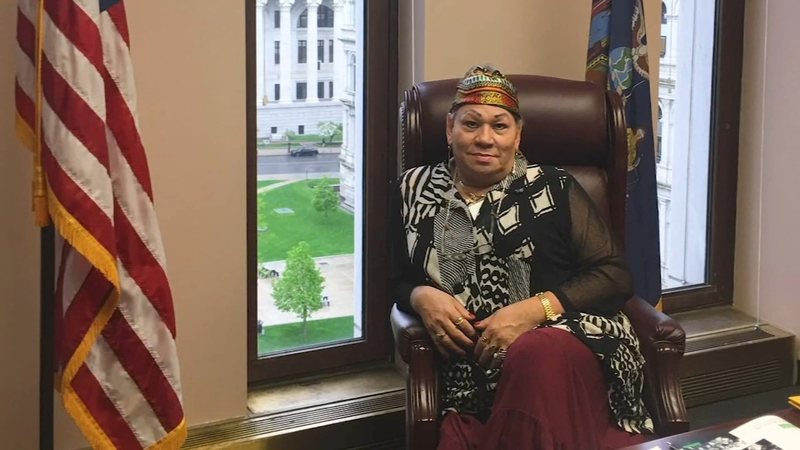 QUEENS (WABC) -- Lorena Borjas, known as the mother of the transgender Latinx and LGBTQ community in Queens, meant so much to so many people.

Lorena was an activist, organizer, social worker, counselor, friend, and mentor. Her powerful story is one of resilience, strength, and determination.

When she came to the United States from Mexico she was undocumented and was forced into sex work.
EMBED More News Videos

Michelle Charlesworth has more on Lorena Borjas, a transgender immigrant activist well known in the Queens Latinx and LGBTQ community.

Lorena finally escaped and with support and resources, she knew it was her responsibility to help others.

In 2012, she founded The Lorena Borjas Community Fund to raise money for bail and bond expenses.

Even though Lorena didn't speak English, she became known nationwide for her work on behalf of transgender and immigrant communities.

She created spaces and systems to keep her community safe. She always put herself second and community first... she provided housing, clothes, and food to anyone in need, regardless of gender or race.

Despite doing outreach work for nearly 30 years, she lived in constant fear of being arrested and deported.

She risked getting arrested by handing out condoms to sex workers; she knew if you had more than three condoms, it was a reason for police to arrest you on suspicion of prostitution. Lorena would show up, ready to bail them out.

Also, as a transgender woman, she was targeted and had multiple convictions on her record, which common for survivors of trafficking.

Because of her criminal record, her biggest obstacle was becoming a U.S. citizen.

Lorena helped countless people escape oppression, to find jobs, a home, and a community that loved them.

Her loss is deeply felt, but her legacy will live on of building a community, breaking down barriers to achieve equality, happiness, and wellness.