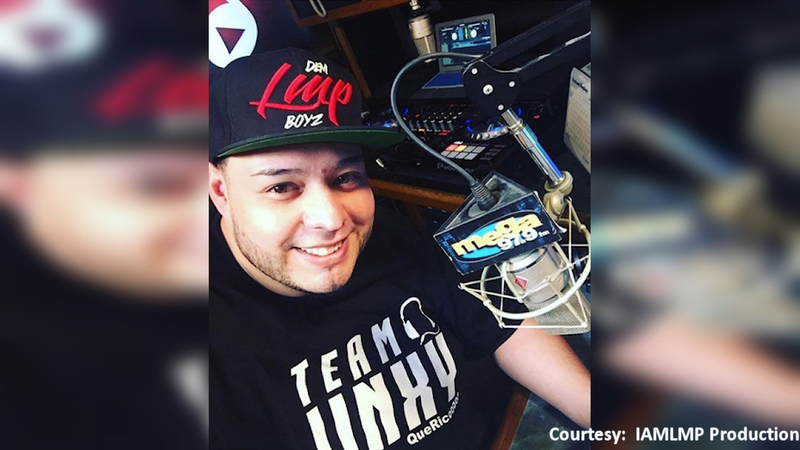 
Now, those who knew him and fans alike are pleading for the driver to surrender.

"He finished his set, walked out, I guess he was on way to either get something to eat or catch a cab," friend Jose Felix said. "And he didn't make it."

It was a routine Sunday night, with DJ Jinx Paul finishing a performance inside a Brooklyn nightclub. An hour later, his life would be over.

"A couple of guys who went to school with him that were celebrating him, paying respect," friend Luis Arias said.

For those who listened DJ Jinx Paul on 97.9 La Mega or and around town, there was nothing but respect.

"He loved being a New York City kid, and he loved being on La Mega," general manager Eric Garcia said. "It was his dream, and it was stolen from him. And the person responsible needs to come forward."

The grief was overwhelming and wrenching, and spared no one. Grown men cried. Women tried, but could not hold back the tears. DJ Jinx Paul had touched all of them with his energy and his passion and the loss of him is numbing.

A photo of him was taken just an hour earlier during a gig he was working. Police believe surveillance shows the car that hit him and they believe it was badly damaged in the accident, but the driver kept going.

At auto body shops all over New York, workers, many of whom listen to Mega 97.9 FM on the job, are keeping an eye out for a dark-colored four-door sedan with body damage and maybe a broken windshield.

At the vigil, there were candles and pictures and so many tears. Grownups who never met him, and children who had.

A sign set up by police asked for information about the driver and there was no shortage of advice for her. Everyone there urged her to just turn herself in and "do the right thing."

"He just kept to his business," Arias said. "Work hard and take care of his family, like everybody here."

"This is a sad moment for New York City, as it is for the family of a great, hard-working person from our community," City Councilman Ydanis Rodriguez said. "Unfortunately, the city is dealing with the epidemic when it come to the hit and run that Mayor de Blasio...the chief of transportation, the NYPD take very seriously when it comes an issue that we are committed to, determined to eradicate."