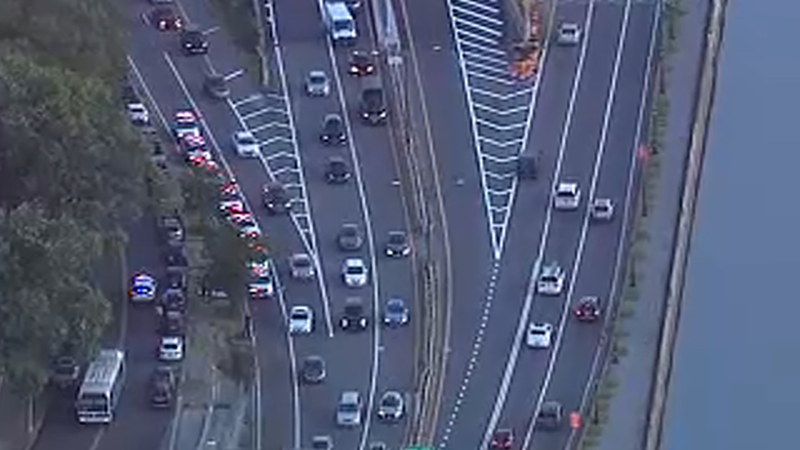 Police say 33-year-old Alesha Henderson was fatally struck on the FDR Drive in East Harlem around 5:30 a.m., and a driver later reported to police he believed he hit her.

She was discovered along the exit ramp from the RFK-Triboro Bridge to the southbound FDR Drive.

Southbound traffic was backed up for miles during the morning commute while police investigated.

The victim, who lives nearby, was pronounced dead at the scene.

No vehicle was found at the scene, but a 27-year-old man arrived at the nearby police precinct soon after to tell officers he believed he struck a person on the FDR Drive at East 116th Street.

Crystal James was charged with leaving the scene of an accident and failure to exercise due care.

Earlier, a man was discovered dead on the Cross Bronx Expressway in the Bronx.

Authorities say the man, in his 20s, was found just before the White Plains Road exit around 2:45 a.m.

The vehicle did not stop, but the driver of a dump truck later told his boss that he believed he had struck a person on the highway.

The employee contacted the police, who are interviewing the driver and examining the New Jersey-based vehicle.