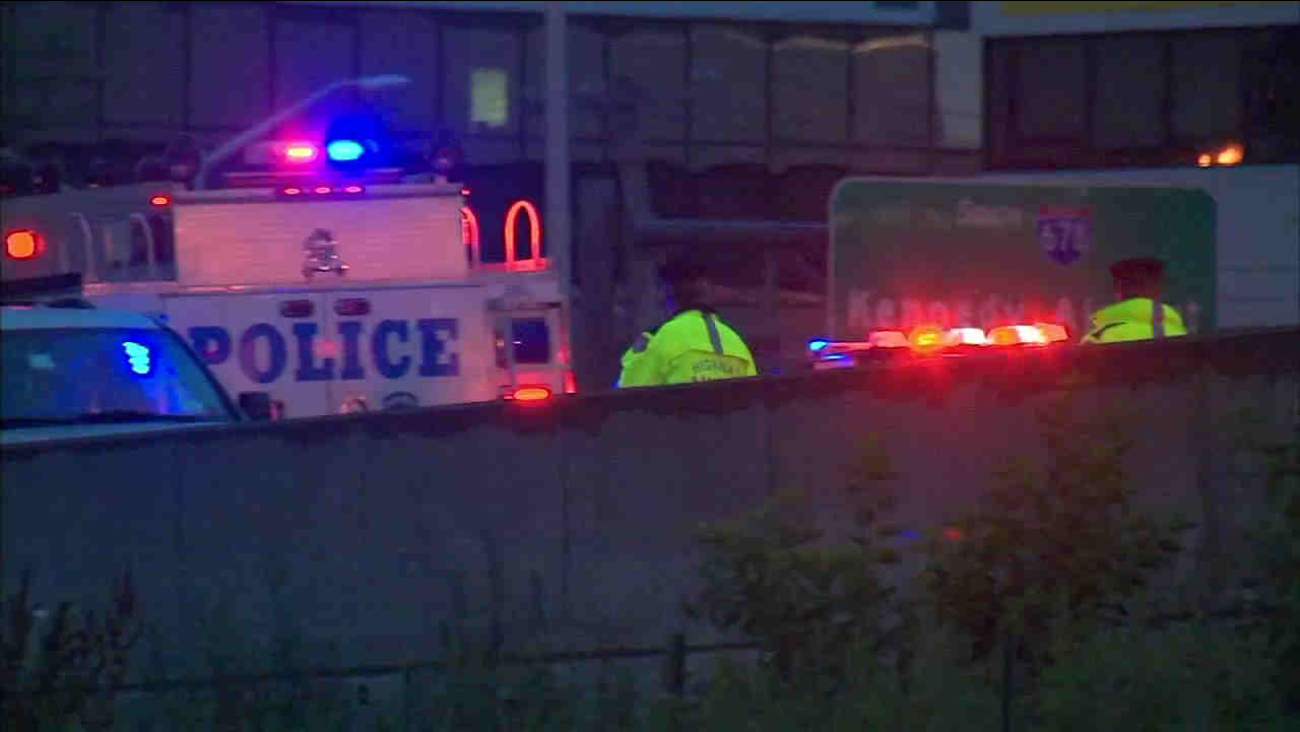 COLLEGE POINT, Queens (WABC) -- A man running across the busy Whitestone Expressway in Queens was struck and killed by two cars, one of which did not stop.