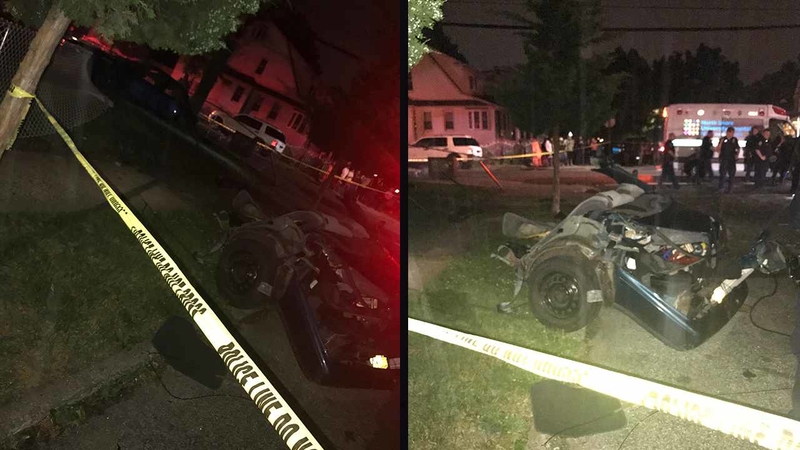 Around 1 a.m. Saturday, a car heading east at a 'high rate of speed' on 100th Avenue and 205th Place, lost control and hit a tree, then a hydrant, according to the NYPD.

The vehicle nearly split in half.

A look at the aftermath of a fatal single-car wreck in Hollis.

Both victims were found unconscious in the 1994 blue Toyota Corolla with severe trauma.

Blake Gary, 22, was in the rear seat and was pronounced dead on the scene. James Montague, 21, who was in the front seat of the vehicle, was taken to Queens General Hospital in grave condition.

Both are from Queens and were identified by family members.

A third person who was driving the vehicle fled the scene, police said. Officials said they were talking Saturday to one person involved in the accident who left the scene.

No other vehicles or people were affected. There have been no arrests and the investigation is ongoing.