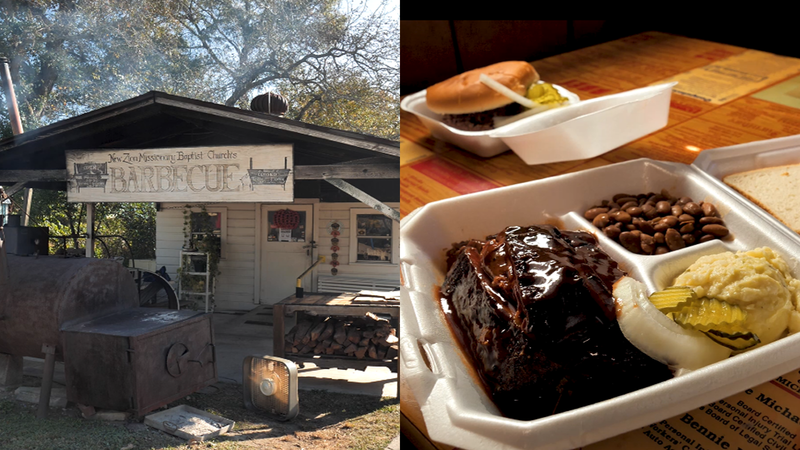 HUNTSVILLE, Texas -- Holy Smoke BBQ, in Huntsville, Texas, has such an incredible history, it's become a legend.

The restaurant was started in 1971 by a group of church wives at New Zion Missionary Baptist Church, who would cook BBQ for their husbands.

So many people would ask for a plate, they decided to open their own restaurant with a $50 donation from the church.

The restaurant has since been passed down generation to generation, and is now run by the pastor's daughter, Tameka Edison and her husband.

Holy Smoke BBQ, previously known as Church's BBQ, has earned accolades and honors from around the country.