D'Amico is one of 3 people who pleaded guilty after their story about a generous homeless man gving his last $20 unraveled
WPVI
By 6abc Digital Staff, Chad Pradelli 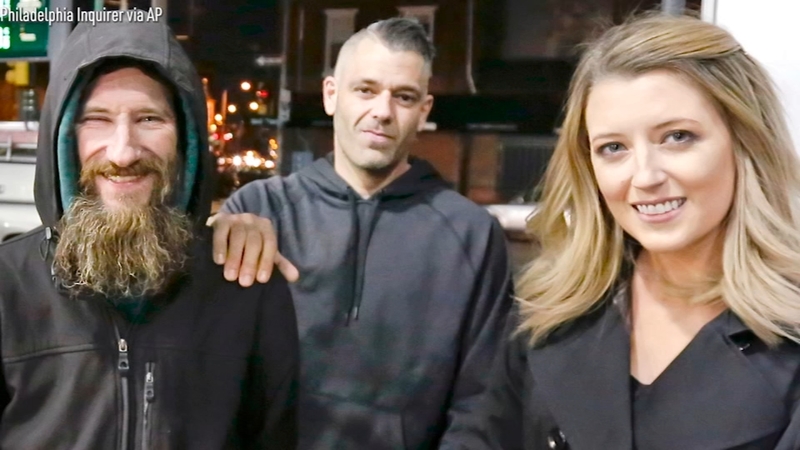 CAMDEN, New Jersey -- A New Jersey man who conspired a lie with his girlfriend and a homeless veteran to raise $400,000 in donations online was sentenced Friday to 27 months in federal prison and three years probation.

Mark D'Amico already pleaded guilty to the GoFundMe scam. In addition to the prison time, he will also have to pay his share of the $400,000 in restitution on top of a $20,000 fine. A judge also ordered him to undergo gambling, drug and mental health counseling.

D'Amico is one of three coconspirators who pleaded guilty after their story unraveled.

D'Amico, his girlfriend Katelyn McClure and homeless veteran Johnny Bobbitt Jr. came up with a feel-good story about how the vet gave $20 to help McClure after she ran out of gas in Philadelphia.

The story initially captured the hearts of people around the world and they used the lie to raise $400,000 in online donations during the holidays in late 2017 and early 2018.

Since then, the trio has been at the center of a Hulu documentary produced by the 6abc investigative team, called "No Good Deed, A Crowdfunding Holiday Heist."

Produced by 6abc Philadelphia and ABC Localish Studios. Mark D'Amico and Kate McClure started a GoFundMe fundraiser to help a homeless veteran. It went viral and raised thousands of dollars. When authorities began to notice, the scam would crumble.

The documentary features interviews with D'Amico, McClure and Bobbitt before the world found out the truth.

Their story started to unravel after the veteran sued the couple, accusing them of not giving him the money.

Court documents revealed that almost no part of their story was true and that the couple spent large chunks of the money in a matter of months on lavish casino trips and a BMW.