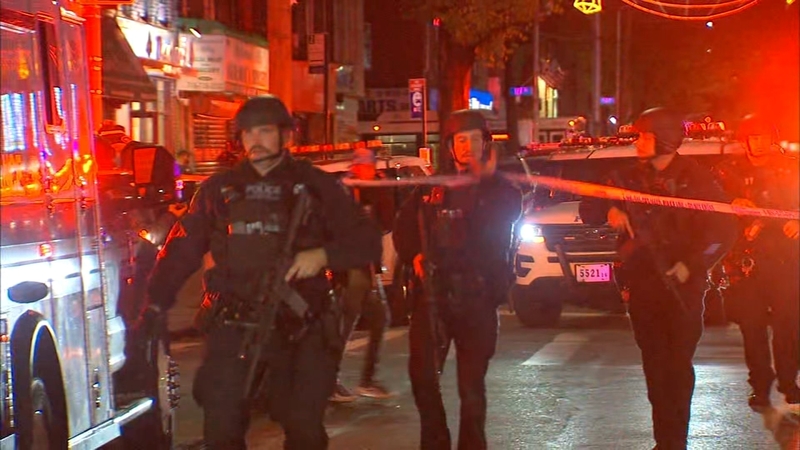 According to officials, a call came in around 9 p.m. in regards to a burglary at 125th Street in South Ozone Park.

Authorities say the incident started as a home invasion with two armed suspects barricading themselves inside the home.

#HappeningNow
There is a hostage / barricaded situation @NYPD106Pct regarding a possible home invasion with armed perpetrators. #Aviation is providing overwatch #ESU members are establishing a tactical plan & #SRG members are securing the perimeter.
Avoid the area of 125 street pic.twitter.com/i0n1fKU5wd

NYPD Assistant Chief Ruben Beltran says that a female victim and her infant child were inside, being held hostage by the two armed suspects.

He says the female victim was assaulted during the incident.

Fortunately, police say the woman and child have been released, along with two additional people inside the home, an elderly woman in her 80s and a woman in her 50s.

According to officials, the area has been evacuated and is safe.
EMBED More News Videos

Video shows the scene in Queens amid a hostage situation that started as a home invasion.

It is unknown if more victims are still being held hostage, as officials continue to negotiate with the two suspects.

At least four people were injured in an apparent road rage incident that ended with a car smashing through the front of a Queens bakery that was marking its grand opening Monday.