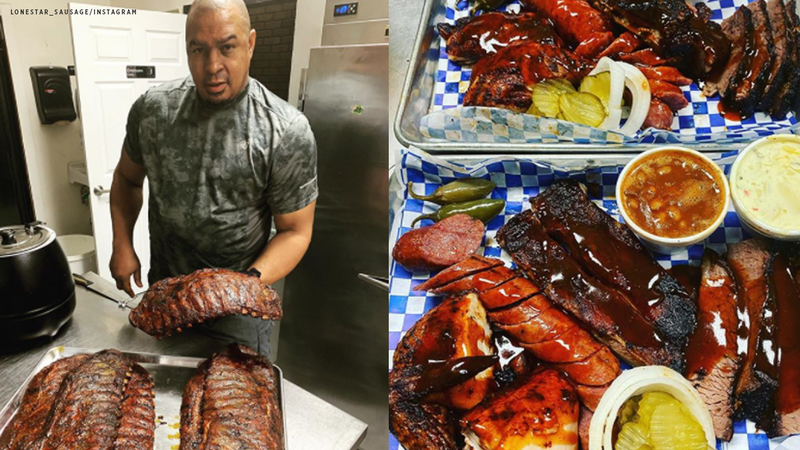 HOUSTON, Texas -- Kevin Mason first fell in love with BBQ when he was playing football and running track for the University of Houston.

He did not have very much time to eat in between classes and practices and became a regular at local BBQ joints. But after his football career ended in 1989, Mason went into law enforcement and started making sausages at home as a hobby.

Friends and family started requesting orders when he posted pictures on Facebook so in 2016, Mason opened a food trailer to sell his homemade sausages.

A few years later, he was able to open his restaurant called Lonestar Sausage and BBQ.

Mason said he was used to serving his community as a deputy, and he thinks cooking for others is still serving, just in a different way.