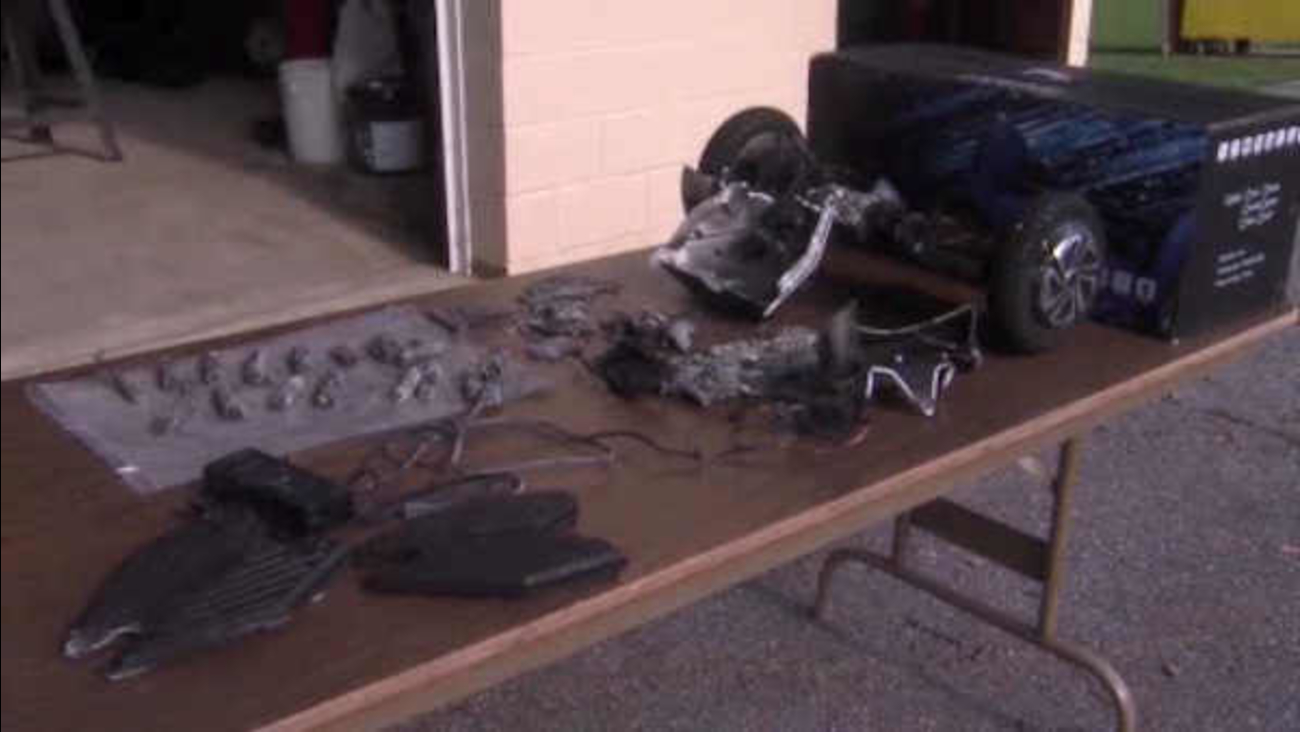 WABC
HARRISBURG, Pennsylvania -- A fire that killed a toddler and critically injured two others, and also led to critical injuries to a responding fire official, appears to have been sparked by a recharging hoverboard, authorities said.

Fire officials in Harrisburg said one victim jumped from a second-floor porch roof to escape the blaze, which was reported shortly before 8 p.m. Friday. Two other females were rescued by ladder from the ground, as was a man.

The Lehigh County coroner's office said 3-year-old Ashanti Hughes was pronounced dead just after 11:30 a.m. Saturday at Lehigh Valley Hospital-Cedar Crest. Two girls remain hospitalized in critical condition. The man and another occupant of the home, a teenage male, were treated and released.

Fire Lt. Dennis DeVoe, a 21-year veteran, was on his way to the station to pick up his gear before heading to the scene when his vehicle was hit in an intersection, Fire Chief Brian Enterline said. DeVoe was reported in critical condition at Hershey Medical Center. The driver of the other vehicle, which was reported stolen, was arrested on aggravated assault and other counts, officials said.

The fire was ruled accidental and attributed to a hoverboard plugged in to recharge on the first floor, where family members were also present, Enterline said.

"They heard some sizzling and crackling in the hoverboard and shortly thereafter, it exploded in flames," he said.

Enterline called the devices "notorious for starting fires" and urged people not to use them in what he called "knockoff brands" not deemed safe by UL, formerly Underwriters Laboratories.