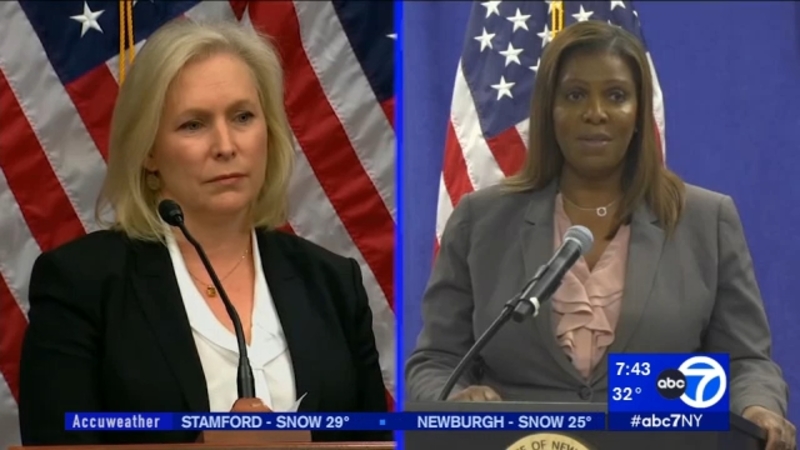 NEW YORK CITY (WABC) -- New legislation has been introduced to the United State Senate that aims to help survivors of human trafficking.

The bills would help identify and rescue victims, support them in recovery and make it easier to collect data on trafficking.

The bills were announced days after a New York City couple was arraigned for forcing girls into a prostitution ring, some of which were in the wife's care as foster children.