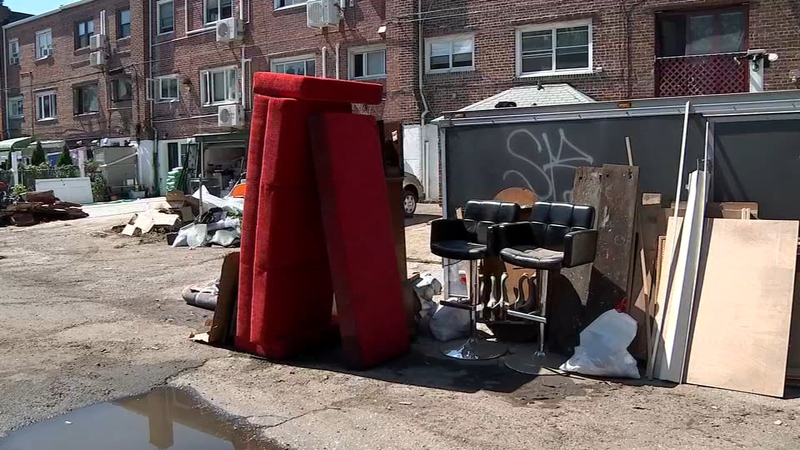 NEW YORK CITY (WABC) -- The New York City Council held a hearing Tuesday to discuss how to prevent a repeat of the deadly devastation left behind by the remnants of Hurricane Ida, which promoted the city's first ever Flash Flood Emergency and left 13 people dead.

City leaders discussed how to be better prepared in the future.

"When the flooding is coming from above, not just from the river or the ocean, nowhere is safe," said NYC City Councilmember Mark Levine.

The quest for answers came to City Council chambers, where one agency head after another admitted that the city's infrastructure simply is not built to withstand a deluge like the extraordinary rainstorm on September 1.

"Right now, this system is designed to handle about half of what we saw in Ida," New York City Department of Environmental Protection Commissioner Vincent Sapienza said. "You know, from going from one and three quarter inches to three and a half inches in an hour."

Jim Dolan has more with the couple who lost everything in the Ida flooding.

The storm dumped more than 3 inches of rain on New York City in a single hour, and epic flooding turned entire neighborhoods into rivers.

Flash floods crashed through basement apartments, where 11 of the 13 victims were trapped and ultimately perished.

The nation's largest subway system looked like a waterpark, with 75 million gallons of water that had to be pumped out of the tunnels before full service could be restored.

Experts estimate that 75% of the city is built on imperious surfaces, where water cannot seep into the ground. Plans are in the works to replace some hard surfaces with so-called "green infrastructure," and to target some neighborhoods with larger capacity sewers.

Brittany Bell has more on the two friends now bonded for life.

But upgrading the city's entire network of sewers is practically impossible.

"To say we're going to, you know, rip out the entire 7,500 miles of sewers and put in sewers twice as big is not going to happen," Sapienza said.

Officials say not much will change overnight. Warnings will be made clearer, the messaging will be sharpened and they will plan for the worst possible scenarios. Bug long-term solutions, and there aren't many, will take years.

A federal disaster declaration has been made for the five boroughs and Nassau County.