14-year-old rescued after falling through ice in Central Park 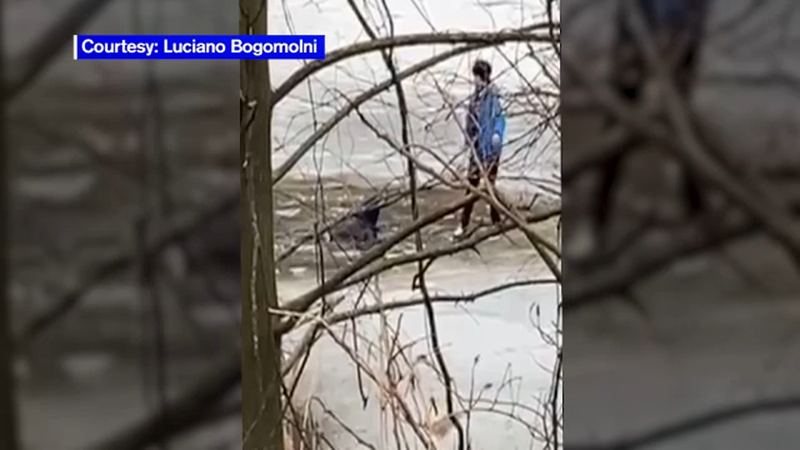 CENTRAL PARK, Manhattan (WABC) -- A teenager is safe after falling through the ice of a pond in Central Park on Monday afternoon.

The incident happened on the east side of the park near 59th Street and Fifth Avenue around 2 p.m..

The 14-year-old from Queens was walking on the ice with his friend when the teen said the ice cracked and he fell through.

Video shows the teen yelling for help and struggling to get out of the water. Eyewitnesses say his friend tried to help but was unsuccessful.

Bystanders said when they heard the calls for help, someone quickly grabbed a ladder nearby and rushed over.

Manhattan's now famous Snowy Owl was spotted again in Central Park Saturday night pouncing on a mouse from beneath the snow.

"So I just grabbed the ladder and had one end and it's about 6 foot, 7-foot-long ladder made out of wood, I just gave him one end and he held on and I was able to help pull him out," good Samaritan Dan McFadden said.

Both teens left the scene once they were out of the water until EMS tracked them down.

The teen was taken to the hospital to be treated for hypothermia.