$8,000 worth of illegal fireworks seized, 4 arrested in New York City 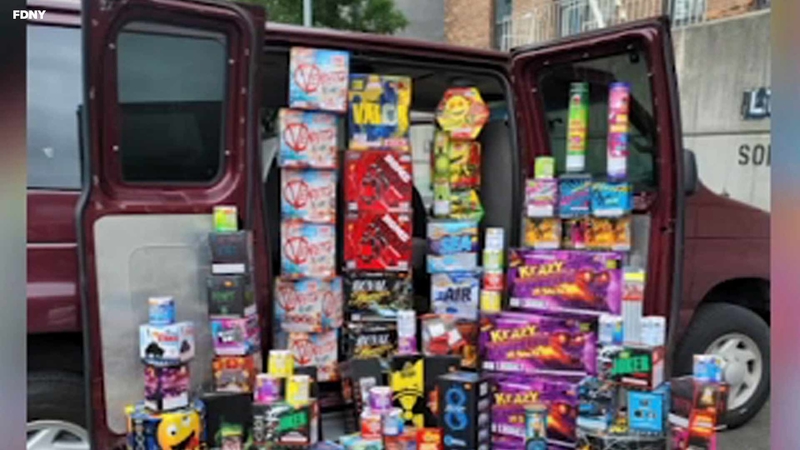 NEW YORK (WABC) -- Four people were arrested and more than $8,000 worth of illegal fireworks were seized, fire marshals from the FDNY announced.

Three men and a woman were taken into custody, while a huge collection of high-powered fireworks were taken from a van.

The bust comes just days after Mayor Bill de Blasio vowed that the city will take a harder stance after thousands of complaints from New Yorkers last summer.

April 2021 saw more complaints than the entire first five months of 2020 combined, but incidents exploded in June of 2020 with nearly 30,000 complaints.

Here are the top 10 neighborhoods for complaints this year:

6/13/2021: Deputy Sheriffs on #NYCFireworksTaskForce @NYPDDCPI @FDNY made 2 more arrests and confiscated an illegal firework shipment before they could be used or sold in NYC. pic.twitter.com/SUpzGB12Yk

Macy's 4th of July Fireworks are returning this year after a modified version due to the coronavirus pandemic last summer.