AP
By ALICIA A. CALDWELL 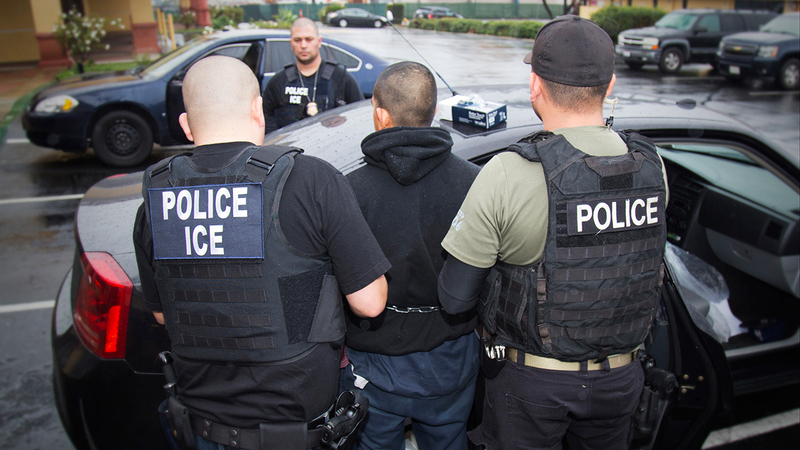 Hundreds of illegal immigrants rounded up in at least 7 states

WASHINGTON -- The Homeland Security Department said Monday that 680 people were arrested in roundups last week targeting immigrants living illegally in the United States. The figure is far below the totals of similar raids conducted under the Obama administration.

The raids have left immigrant communities worried about stepped-up enforcement efforts and the White House taking credit for arrests. But Homeland Security described the roundups as routine.

DHS Secretary John Kelly said Immigration and Customs Enforcement targeted immigrants who are a threat to public safety, including convicted criminals and gang members. He said 75 percent of those arrested were criminals, some of whom had been convicted of homicide and aggravated sexual assault.

Eyewitness News is told 38 of them have criminal convictions. At the immigration center on Staten Island they are feeling the new chill.

Normally the GED class is packed with students. Monday night, only two people attended because they are fearful of gathering together and be rounded up by federal agents.

"They came here to work. To give back. To raise children. To be good citizens," said Favio Ramirez-Caminatti, El Center del Immigrante.

Senator Chuck Schumer is concerned about who exactly is being taken into custody.

30-year-old "Maria" as we'll call her tells Eyewitness News she and her husband both work, pay taxes and live together raising two small children, but they live in fear.

They are part of the 11 million undocumented immigrants in America.

Maria came to the U.S. 10 years ago for a better life, but now she can't even sleep at night because she fears her American dream could any day shatter into a nightmare.

Details of who was arrested were not made available, but the arrests and rumors about other raids sparked fear and confusion among immigrants.

Immigration advocates and the White House both suggested the arrests were President Donald Trump's first salvo in what he has promised will be a stepped up campaign to find and deport criminal immigrants and others living in the U.S. illegally.

Trump on Monday bragged that his administration was following through on his campaign pledge and targeting "the bad ones."