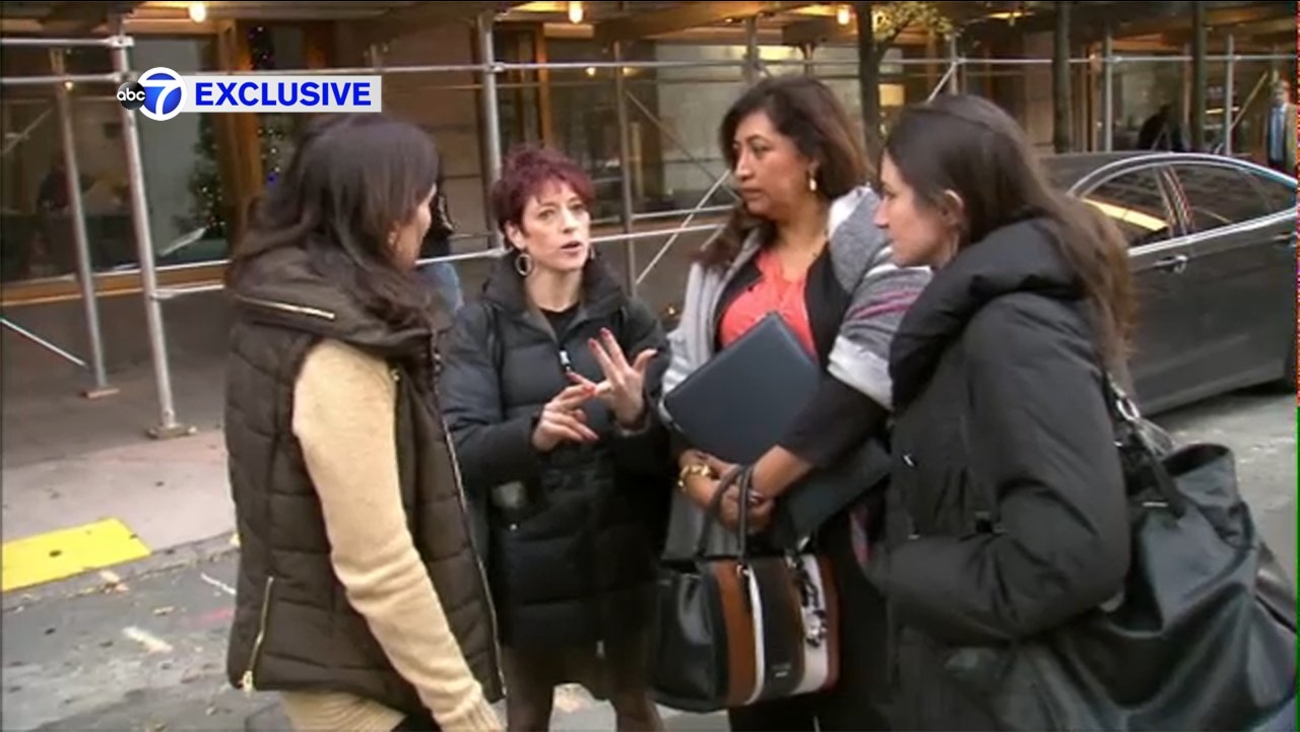 NEW YORK (WABC) -- Several Hispanic minors from Long Island who have been detained for months by Immigration and Customs Enforcement on suspicion of having gang ties have been released by a federal judge due to lack of evidence.

Eyewitness News was the only station at court in Lower Manhattan when the teenage boys reunited with their families Tuesday.

"My client is so happy that he will be home for Christmas. That's what he said to me," said attorney Dawn Pipek Guidone who represents a 16-year-old boy from Huntington.

Guidone said her client was detained by ICE in June after school officials at Huntington High School seized a notebook he had borrowed from another student. The content was deemed by ICE officials to be gang-related.

Carolyn Corrado represents a 15-year-old boy, also from Huntington, who has been detained since June.

"According to the government he had been identified as a gang member by one named sourced and one unnamed source. We weren't aware of that until today," said Corrado.

Corrado told Eyewitness News reporter Kristin Thorne that she has been trying for months to get information from the government about her client's case but no information was released until his hearing Tuesday.

A federal judge in California ruled last week that all minors detained by ICE after April 2017 on suspicion of having gang affiliations must have a detention hearing before a federal immigration judge by November 29th.

Martha Arce represents a 16-year-old boy from Central Islip who has been detained since June after getting into a fight. She hopes he will be released Wednesday.

"He just wants to go home. He doesn't understand why he's been in detention this whole time," Arce said.