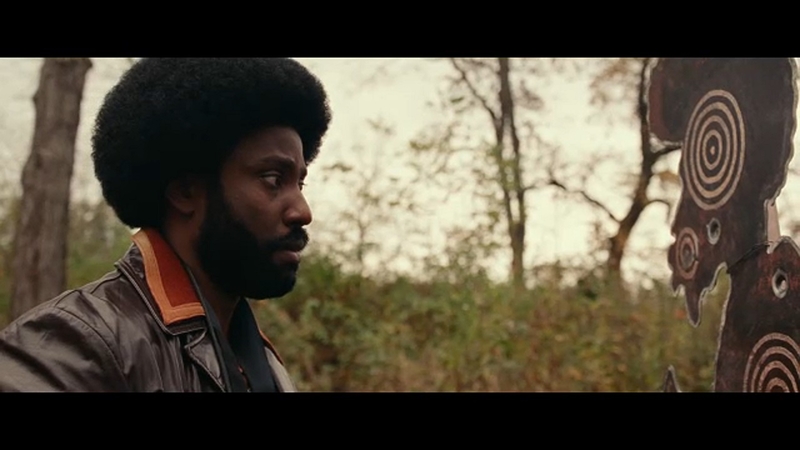 NEW YORK (WABC) -- In Spike Lee's new movie, 'BlackkKlansman," a black police officer infiltrates the KKK. It is based on a true story, and there is no coincidence that it is hitting theaters on the one-year anniversary of the controversial and deadly white nationalist rally in Charlottesville.

Echoes of the present are found four decades in the past, when David Duke was looking to move the Klu Klux Klan to the mainstream without toning down the KKK's racism.

The rookie is played by Denzel Washington's son, John David Washington, who comes up with a bold plan to infiltrate the Klan by impersonating a white racist.

And so begins a most unorthodox, but very real investigation that actually happened in real life.

Adam Driver plays his other half, and the Klan members he meets are scary enough to make us hope his deception is not discovered.

Adding to the intensity, is racist language so harsh and abusive. Harsh, too is the link at the end made to protests that turned deadly a year ago, and yet this is no diatribe, but there is a nuanced view of complex subjects with liberal doses of comedy, and hints of romance.

So many times while watching this movie, I found myself laughing to keep from crying - so much so, this very energetic and highly entertaining movie left me with an overwhelming sadness.

'Black Klansman' may be set in the 1970s, but there is no more pressing issue right now than the racism Spike Lee forces us to confront directly in his latest movie, which is also one of his greatest.