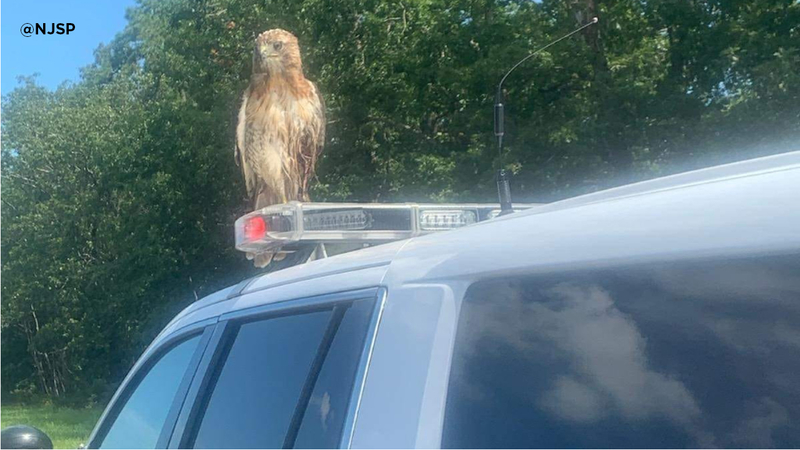 Search for injured hawk after it perched on trooper's patrol car

EGG HARBOR, New Jersey (WABC) -- Authorities along the Jersey Shore are asking for the public's help in locating an injured hawk that perched on a state trooper's patrol car, but flew off before they could get it help.

Trooper Danny Lopes responded to the area of milepost 39.1 northbound on the Garden State Parkway in Egg Harbor Township on Thursday after someone reported seeing a large bird that appeared to be injured on the side of the highway.

Lopes saw a wounded red-tailed hawk and requested an animal rescue officer that could safely capture the animal and provide it medical treatment.

As he was waiting for the officer to show up, the bird approached his patrol vehicle and climbed up onto its emergency light bar, that's when Lopes snapped a rare close up image of the predator.

Unfortunately, when the animal rescue officer arrived and attempted to catch the hawk, it flew off into the woods.

Authorities are asking that if anyone in the area spots the injured hawk, to contact their local police department.